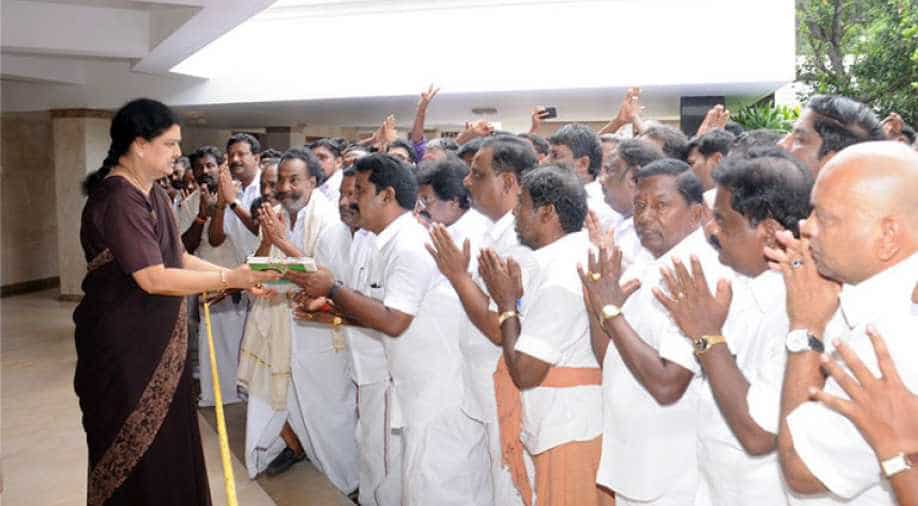 The ruling AIADMK on Thursday strongly backed former chief minister Jayalalithaa's close aide VK Sasikala to succeed her as party General Secretary, saying she qualifies to be elected "automatically" and "unanimously" to the post by virtue of being the departed leader's "conscience" for long.

Party spokesperson C Ponnaiyan said while Jayalalithaa was the "conscience" of AIADMK founder and her mentor M G Ramachandran, Sasikala was, likewise, her "conscience."

"Chinnamma (as Sasikala is addressed by party workers), had been with Amma through her good and bad times for 33 years. She had been Amma's conscience and continues to be so. She has played a vital role in keeping the party intact for long. Therefore, Chinnamma will be elected as General Secretary automatically and unanimously. There is no doubt or fear in that," he told reporters here.

He expressed confidence that the party's decision-making bodies, General Council and Executive Council, have powers to elect Sasikala to lead the party and that the "aspirations will be met" in this regard.

Ponnaiyan said an online campaign on WhatsApp and Facebook to "defame Sasikala" and "finish off AIADMK" by "opposition parties" will not succeed.

Ponnaiyan recalled that whenever the party functionaries would want to discuss an issue with Jayalalithaa, she would "affectionately" refer them to Sasikala and "gave so much of importance to her".

Sasikala "cared for and protected" Jayalalithaa, he said, adding, she had been a "shadow" and "conscience" of the late leader.

Meanwhile, scores of senior party functionaries thronged the Poes Garden residence of Jayalalithaa and urged Sasikala to take over the reins of AIADMK and lead the party.