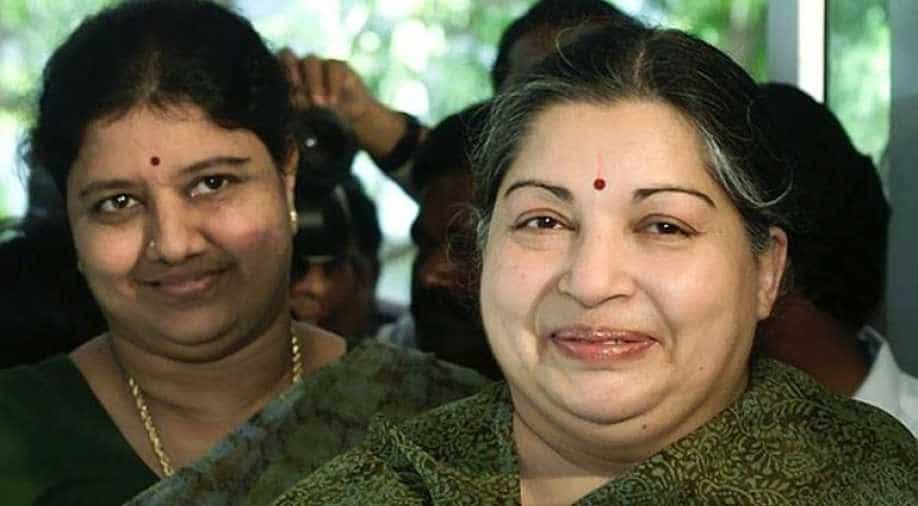 Sasikala worked closely with Jayalalithaa during her three tenures as chief minister, while holding no official party post. Photograph:( Facebook )

Tamil Nadu's ruling AIADMK party says it has called upon former chief minister Jayalalithaa aide and confidante VK Sasikala to lead the party on the path shown by Jayalalithaa.

They have asked her to take on the post of party general secretary.

Jayalalithaa, who died Monday, had been general secretary of the AIADMK for the past 27 years.

Senior party functionaries have urged Sasikala to lead the party on the path shown by #jayalalithaa : AIADMK

The Tamil Nadu cabinet met officially for the first time today after the death of the former chief minister.

"The party high command has taken a decision to elect a General Secretary and the election will happen soon," he said.

"There is no such thing like competition or problems.... There is nothing like this or that person competing (for the top post)," he said, adding AIADMK was a united party which has been built like a fortress by 'Amma'.

Sasikala, who worked closely with Jayalalithaa her during her three tenures as chief minister but occupied no official post, has faced criticism for denying other people access to Jayalalithaa during her stay in hospital.

The AIADMK has also been criticised for consulting Sasikala on every important decision. Senior ministers, including chief minister O Panneerselvam, have been paying her regular visits at the Poes Garden home she shared with Jayalalithaa.

The party defended Sasikala strongly today, stating there was nothing wrong in its leaders calling on her as she was a key member of the AIADMK, PTI reported.

"Even if somebody (belonging to the party) met Sasikala Amma, what is wrong in it? Is she not an important member of the party? What you say is wrong," Ponnaiyan, who is also the party spokesperson, said.

"AIADMK is steered by party bodies, including general and executive committees and functionaries at multiple levels and Sasikala is a key member," Ponnaiyan added.

Asked about the role of Sasikala's husband Natarajan and other family members in the party, he said "this is an unnecessary question. The party is led and guarded by over 1.5 crore members."

Asked who the chief minister, ministers and other top officials were consulting by visiting Jayalalithaa's Poes Garden residence and if it was Sasikala, he said, "they are having a meeting with the chief minister there."

On the reported anger among some cadres against Sasikala for restricting access to Jayalalithaa during her hospitalisation, he said, "It is a planned rumour and spread wantonly... Blaming this or that person is a deliberate rumour."

On claims that the absence of a second rung leadership was responsible for the present void, he said, "In this party, each and every cadre is a leader. Amma made ordinary workers as MLAs and ministers. This is a party of workers, built by them and this is the philosophy of Amma and that is being followed."