India: 3 soldiers killed in encounter with militants in Assam 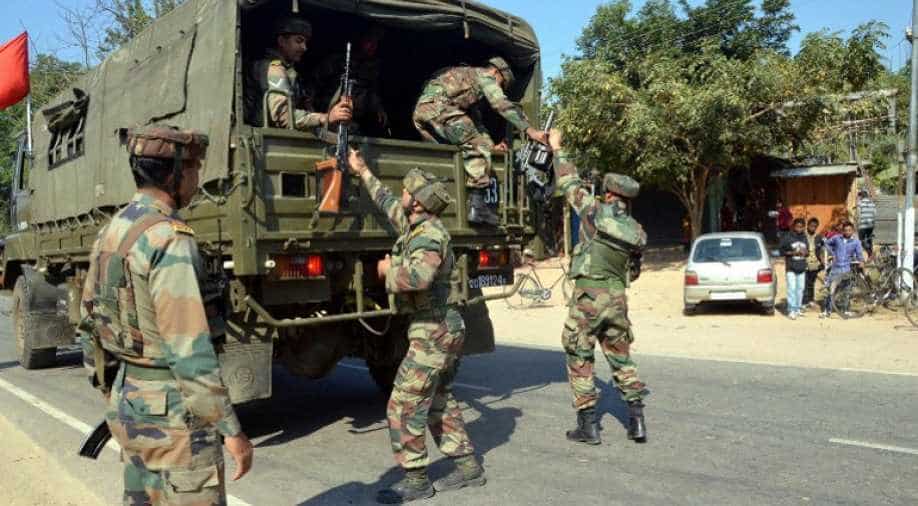 The group of 15 militants attacked the army convoy early this morning and damaged two vehicles killing one jawan on the spot and seriously injuring six others, a defence spokesman told PTI.

Two of the injured died on way to the hospital, he said.

The security personnel retaliated but the militants managed to escape and it was yet to be ascertained whether there were any casualty or injuries among the militants, Mahanta said.

A huge crater was created at the site of the ambush and two vehicles - a jeep and a Shaktiman truck were completely damaged.

Operations have been intensified in the area with the army, police and CRPF personnel surrounding the area and launching massive combing operations. Helicopters have pressed into service for the purpose, the spokesman said.

During the 10-minute telephonic conversation, Sonowal briefed the Indian home minister about the militant attack, the situation arising out of the incident and the steps taken to nab the culprits.

"I am deeply anguished by the death of Army soldiers in a blast in Tinsukia and prayed for the speedy recovery of the injured," Singh said.

The Assam chief minister strongly condemned the incident and directed Director General of Police Mukesh Sahay to rush to spot and review the situation.

"We condemn the incident strongly. Operations will be intensified and stern action will be taken against the militants. None will be spared," he said here.

This is the second attack by ULFA(I) at Pengeri in a span of three days. On November 16, a man was killed and two were seriously injured when a vehicle carrying new currency notes to a tea garden for payment of wages to its labourers was fired upon.