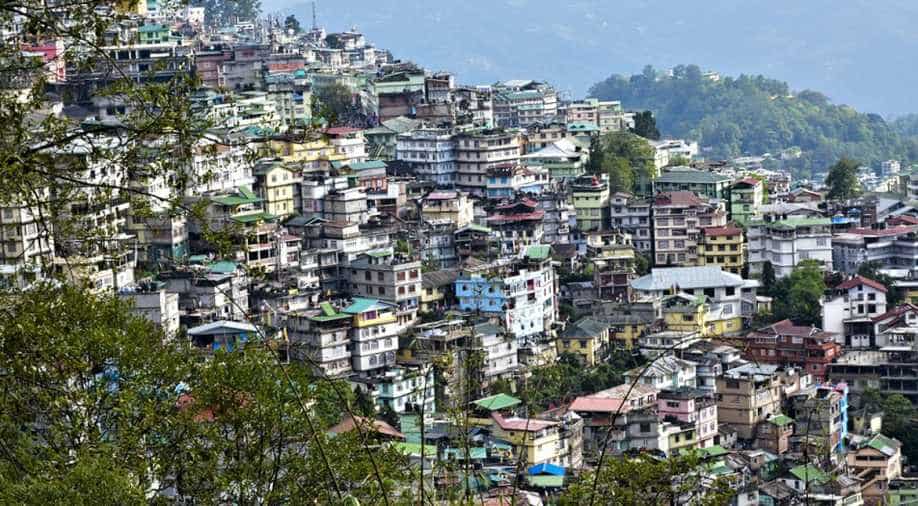 A regulation allows Sikkimese to deposit any amount of money into their bank accounts without producing any KYC. They are also exempted from paying taxes if the income is generated within the state.?(pixabay) Photograph:( Others )

DONT USE THIS STORY TILL CLEARANCE BY TATHA OR ANURADHA

It is a unique Indian bank, with its own set of rules, not governed by Reserve Bank of India.

In this bank, you can deposit your ill-earned money without any eyebrows raised; welcome to State Bank of Sikkim, which some people have branded as ‘The Swiss Bank of India’.

In the "demonetised" Indian economy, State Bank of Sikkim has become a haven for black money hoarders across India for depositing their illegal money without paying any taxes or producing any KYC (know your customer) documents.

State Bank of Sikkim is a treasury of the Sikkim Government and does not fall under the purview of Reserve Bank of India or any banking regulation.

State Bank of Sikkim was established in 1968 under the Proclamation of Chogyal (erstwhile King of Sikkim) which is protected by Article 371 F of the Indian Constitution. This regulation allows the Sikkimese population to deposit any amount of money into their bank accounts without producing any KYC documents. They are also exempt from paying taxes if the income is generated within the state.

State Bank of Sikkim chairman K B Chamling, however, refuted all allegations in a conversion with WION.

However, following the demonetisation move by the Indian government on November 8, several accounts came under the scanner of the Income Tax department. A notice from the Income Tax Department, dated November 18, was sent to a resident of Sikkim enquiring about his deposits with the State Bank of Sikkim. Sources in the Income Tax Department told WION that they spotted non-Sikkimese individuals depositing their money into the accounts of Sikkimese customers of the bank and paying them huge sums of money as commission for helping them convert their illegal money into legitimate wealth.

An advisory issued by the Government of Sikkim, dated November 23, shows how the government ‘cautioned’ the Sikkimese to not to allow non-Sikkimese to deposit money into their accounts as this is illegal and amounts to conversion of black money into white.

“Soon after the demonetisation, suspicious activities in State Bank of Sikkim came to the fore. We started scanning several accounts and reached out to the bank. On November 15, we made it mandatory for all Sikkimese to produce valid documents when they deposit an amount of Rs 50,000 or above. We made the KYC mandatory after we realised some people were depositing their illegal money,” said Norbu Bhutia, deputy director of income tax (investigations), Siliguri, West Bengal.

On the other hand, the Reserve Bank of India chief general manager P Vijaya Kumar has written to the Sikkim chief secretary suggesting that the State Bank of Sikkim be brought under the 1949 Act before March 31, 2017 to avoid any instances of illegal money conversion.