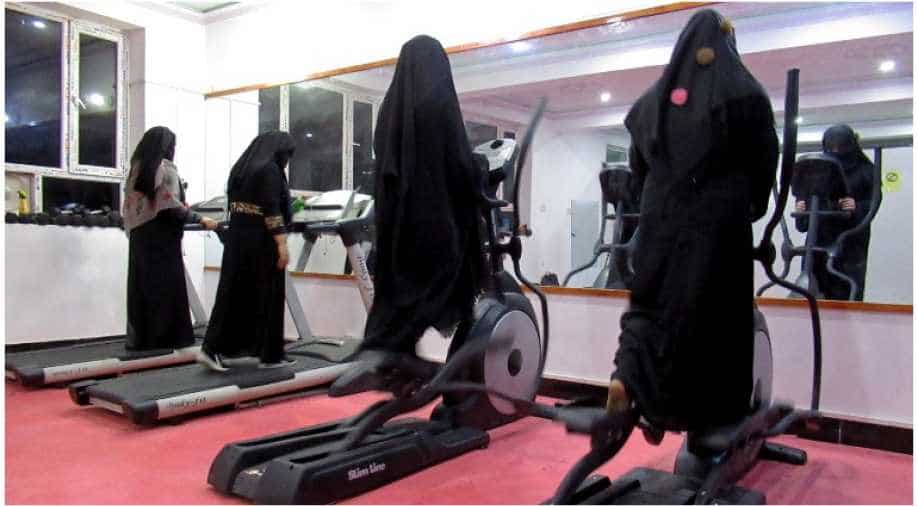 Women exercise on the equipments in women-only gym in Kandahar Photograph:( Reuters )

Taliban banned women from even leaving their houses during their rule in Afghanistan from 1996 to 2001. Women could only step outside their homes if they were accompanied by a male family member. Education and sports too were out of bounds for women.

Kandahar has never seen anything like this. A gym only for women has opened in the Afghanistan capital. This is something first of its kind in the country. At least 50 women come here everyday. They exercise their right to life, their right to be healthy.

"Undoubtedly, (coming here) is not without fear and everyone knows that in such a situation, women are more afraid. But if we look at it from another angle, exercise is beneficial to our health and thus brings happiness, that is why we focus more on our goals and ignore our fears," says Fatima Hashimi

The gym has meant financial independence and security for Sana Jan, an instructor at the gym.

"I'm so delighted to work here because I can help women and get exercise for myself too. After all, exercise is good for my health. The money I earn from here is a great financial help to my family," she says.

Maryam Durani, founder of Gym Malika Suraya says the reaction from ladies was positive but men had reservations.

"The reaction of the ladies was very positive because they needed it, but unfortunately, what bothered me was the reaction of the men, especially the men who were educated and thought they were intellectuals. These men were the ones who reacted negatively to our club and even insulted me because they thought our club was in opposition to the Sharia," said Durani.

Maryam is used to such opposition. She has been a women's rights campaigner for a while now. Apart from this gym, Maryam runs a radio station for women. She has also served on the provincial council. It was last year that she started the gym. Fringe threats do not scare her.

"Not only sports but all sectors in which women work at are of concern. Our concern is that if the Taliban return and reunite with the government, what will be the restrictions they will impose? Because given what I have been following on the news, I think the Taliban's mindsets and ideas have not changed much," says Maryam.

Taliban banned women from even leaving their houses during their rule in Afghanistan from 1996 to 2001. Women could only step outside their homes if they were accompanied by a male family member. Education and sports too were out of bounds for women.

It took 19 years of bloody war for women of Afghanistan to fight for their rights.

But all this can take a U-turn if the Taliban returns. The terror group has already signed a deal with the US. Washington wants to withdraw their troops from Afghanistan. And the Taliban want to rule the country once again.