Imran Khan's proximity with China has distanced his other master 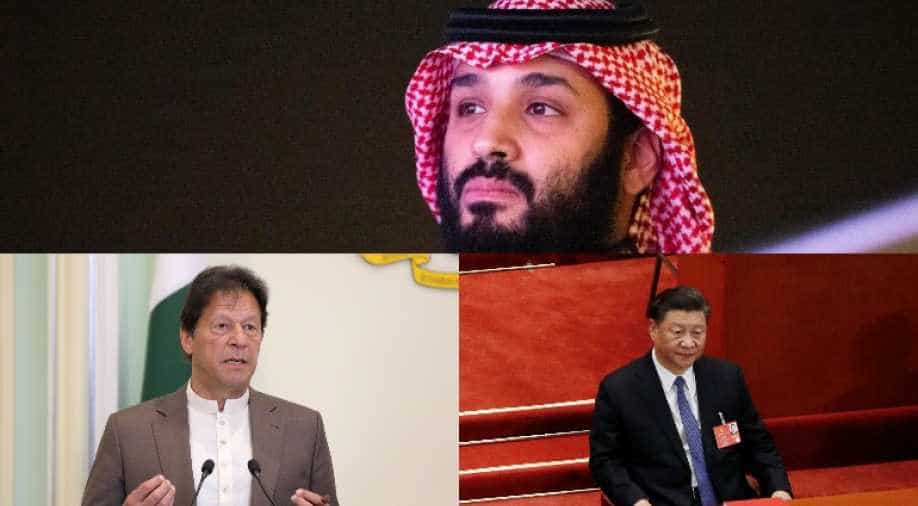 The Imran Khan government made itself a slave of money by two masters: Saudi Arabia, its religious master with oil money and China, the mastermind with deep pockets

It's always better to serve one master at a time. If you start serving two, you are inviting trouble.

This is a lesson from the Bible and Pakistan has started to learn it finally.

The Imran Khan government made itself a slave of money by two masters: Saudi Arabia, its religious master with oil money and China, the mastermind with deep pockets.

Pakistan has borrowed billions of dollars from both these nations.

China's debt-trap diplomacy is well-known, but what about Saudi Arabia.

Islamabad secured a $3 billion loan from Riyadh in October 2018, assuming that they would not be asked to pay back.

The Pakistani PM tried hard to ensure this and even played chauffeur for the Saudi crown prince.

Earlier today, it was announced in Pakistani media that Islamabad has paid back $1 billion.

However, the Pakistani media has not put it correctly, and, in fact, Riyadh has forced it to pay.

This payback was due for a long time and let's just look at what really happened.

Ever since he came to power, Khan has been obsessed with Kashmir. Repeatedly, Khan has allowed this obsession to dominate Pakistan's foreign policy.

In February, Khan consistently pushed Saudi Arabia for the Organisation of Islamic Countries' (OIC) meeting on Kashmir. Saudi Arabia is the de facto leader of OIC and it refused to slam India on Kashmir.

The prime minister went all the way to Malaysia and said: "OIC can't come together on Kashmir, we are divided, we have no voice".

It has been a while since this episode and the world faced the pandemic in between.

But it seems that the Pakistani PM has not moved on and is once again asking Saudis to convene a meeting of Islamic countries on Kashmir.

Recently, Pakistan Foreign Minister Shah Mehmood Qureshi said: "OIC's leadership should stay away from this attitude of being careful and if they can't do this, then our prime minister will call the meeting".

These are strong words spoken by a country that is surviving on loans from Saudi Arabia.

Another question that remains is how did Pakistan afford to pay back a billion dollars, during a pandemic and when its economy is on a downfall.

The answer is China.

A Pakistani newspaper said, "Pakistan's time-tested friend, China, has immediately come forward and extended $1 billion in loan to help Islamabad avoid any adverse impact of the partial withdrawal of the Saudi lifeline."

China's modus operandi is this policy, give with one hand and take away with the other.

And once again China managed to do this.

China's time-tested friendship has been a costly affair for Pakistan.

The harsh reality for Pakistan is that its obsession with Kashmir and attempts to please China has impacted its support from the Islamic world.

Imran Khan can drive all he likes, but he can't take the world for a ride.