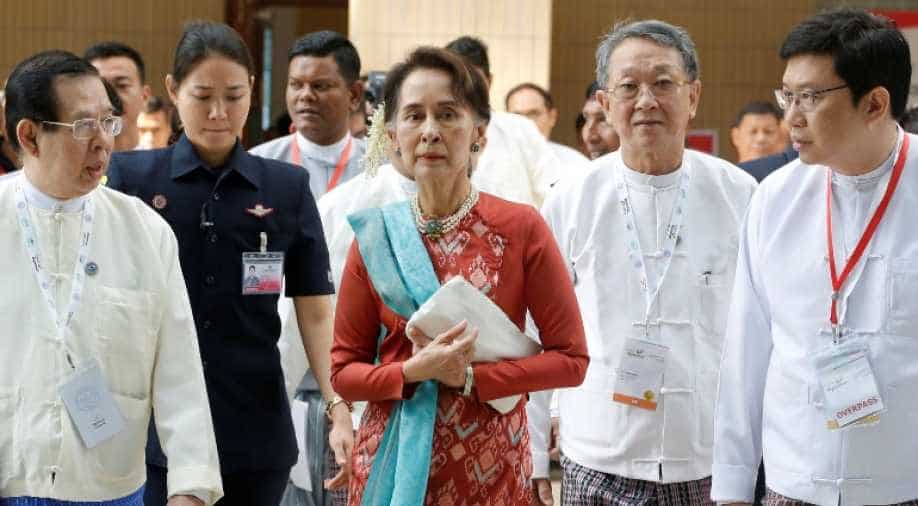 Freedom of expression has been deteriorating since her administration came to power in 2016, with prosecutions creating a "climate of fear" among journalists, the rights group said in its report, "Dashed Hopes: The Criminalization of Peaceful Expression in Myanmar".

"Aung San Suu Kyi and the National League for Democracy promised a new Myanmar but the government still prosecutes peaceful speech and protests and has failed to revise old oppressive laws," Linda Lakhdhir, Asia legal adviser at Human Rights Watch and the report's author, said in a statement.

A government spokesman could not be reached for comment.

The military governments that ruled Myanmar for decades placed severe restrictions on free speech. Reforms undertaken by the quasi-civilian administration that came to power in 2010, including the abolition of censorship, had "positive implications for speech and assembly", HRW said.

However, the Suu Kyi-led government had made "only marginal changes" to oppressive legislation and continued to use "overly broad, vague, and abusive laws" to prosecute peaceful speech and assembly, it said.

Myanmar free speech group Athan, whose report was quoted by HRW, said some 140 cases had been filed since 2016 under the Telecommunications Act, at least half of which involved prosecution for peaceful speech.

Parliament made some amendments to section 66(d) of the act, which punishes anyone who "defames" someone using a telecommunications network with up to two years in prison but rejected calls to repeal the provision.

Reporters were especially vulnerable to prosecution and attacks, HRW said, with threats coming from authorities as well as nationalists and militant supporters of the government or army.

"The result has been a climate of fear among local journalists," the HRW report said.

Laws criminalising defamation, the Official Secrets Act, the Unlawful Associations Act, the 1934 Aircraft Act, and section 131 of the Myanmar Penal Code have all been used against journalists in recent years.

Reuters reporters Wa Lone and Kyaw Soe Oo were sentenced to seven years in prison in September 2018 under the colonial-era Official Secrets Act. They had been working on an investigation into the killing of 10 Rohingya Muslim men and boys in Rakhine state.

"Aung San Suu Kyi's government has had a real opportunity to abolish the tools of oppression used by the military juntas, but has instead used them against peaceful critics and protesters,” Lakhdhir said.

"It's not too late to reverse course and take steps to fully protect speech and assembly in Myanmar," she said.