How social media made hero out of Burhan Wani 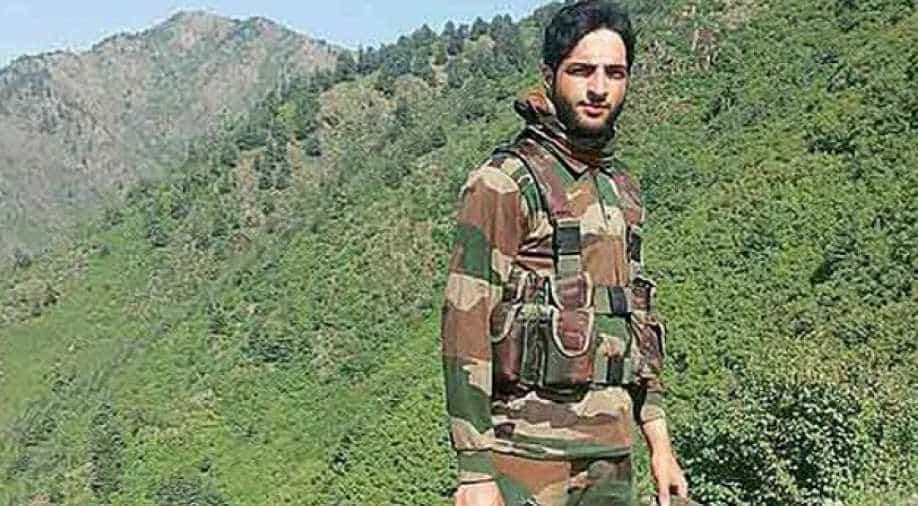 Burhan, referred to as the face of new-age militancy in Kashmir, became a household name after he, unlike his older counterparts,?shunned the cloak of anonymity to amass more?support for himself. Photograph:( WION )

The protests that have followed the killing of Burhan Muzaffar Wani seem to be unprecedented. A look at his life, his stint with the Hizbul Mujahideen as the commander of the militant group, explains why the 22-year-old had such a huge following in a just seven years of being one.

Burhan, referred to as the face of new-age militancy in Kashmir, became a household name after he, unlike his older counterparts, shed his mask of anonymity to encourage youngsters to join his cause, especially through social media.

Burhan was heading a pro-Pakistan militant outfit, Hizbul Mujahideen, which has been active since the early 90s in the valley of Indian Kashmir. Senior intelligence officials say that he had joined the banned outfit at the age of 15 after he, along with his elder brother Khalid Wani, were beaten up by government forces in his native village.

“He remained mostly inactive during his early years in the militancy, but gained prominence soon after his brother was killed earlier in April last year,” a police official posted in Tral said.

The death of his brother, according to the police official, elevated Burhan in the eyes of those who were already following him.

Burhan’s elder brother, Khalid, was killed in an encounter when he had gone to meet his younger brother in a nearby forest to give him food, said locals of Tral, a town in Jammu and Kashmir. His body bore visible marks of torture.

Khalid's death led to speculations that Burhan's stand on militancy would soften and would even prompt him to surrender. But they were proven wrong when Khalid’s funeral ceremony became a battle-ground. In fact, if anything, intelligence officials said that Khalid’s funeral had signalled what was to come if Burhan was to be killed.

During the funeral rites of Khalid, clashes between mourners, police and paramilitary forces ensued. Amid the demonstration against Khalid’s killing, another local man, Sabzar Ahmad, led the protesters near the funeral prayer site close to Burhan’s home. The following day Sabzar and another youth, Shakir Ahmad, left home to join Burhan’s militant group.

Son of a retired school headmaster, Burhan, was active on the social media. A month after his brother was killed, Burhan posted a group photo of his along with Sabzar and 10 others in military fatigues which showed them carrying AK series weapons.

Over the next few months, Burhan and his group posted a series of photos and videos which only made him more popular. As a result, many more began to join the Hizb ranks in the coming months. Despite the police and security forces calling him a ‘poster-boy' who had no involvement in any militant activity on the ground, his popularity grew by folds whenever he posed for a picture.

Burhan’s group of homegrown militants included a policeman-turned-militant Naseer Pandit, who had decamped with service rifles while he was a state government minister’s guard.

“Burhan’s image on the social media led to more local recruitments. Burhan revived interest in the idea of violence by speaking about it in some of his videos,” a senior security official said.

His activities earned him a top spot in the list of most wanted militants in Kashmir as the state also announced a bounty of 1 million Rupees on his head.

In a video message, circulated widely earlier last month, Burhan ruled out any attack on annual Amarnath Yatra pilgrims but openly challenged ‘men in uniform’ to be ready for a surprise attack anytime.

“We have nothing against the Hindu pilgrims as they are here (Kashmir) to carry out their religious duty but Indian army and all those who are a part of Indian police and military will be our target,” Burhan had said in the video.

While his talk on safety of Amarnath Yatri’s and ‘advices’ to Jammu and Kashmir police did not seem to be an issue with security agencies, it was his call to rebellion against the state that had begun to threaten its security.

Burhan had surfaced in another video about a week before he was killed on Friday. The video featured him playing cricket in an undisclosed location with his associates.

In less than a year since the militants posed for the group photograph, the police had killed most of Burhan’s associates.

“And, after Burhan’s killing, less than three militants including Sabzar are left from the original band of militants,” the official informed.