How are Tibetan refugees doing as Dalai Lama celebrates his birthday 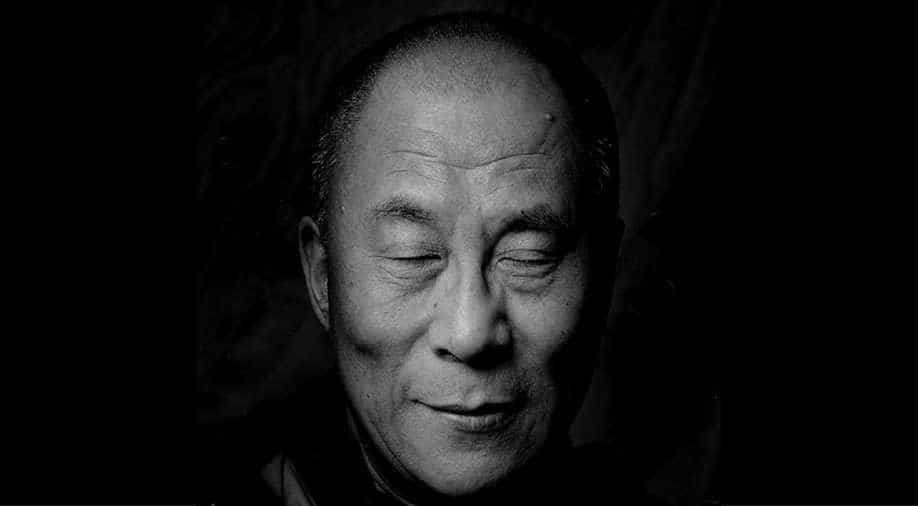 Tenzin Gyatso was enthroned as the 14th Dalai Lama when he was five years old. At the outset of the 1959 Tibetan uprising, he along with his retinue fled to India. Some time later, the 23-year-old set up the Government of Tibet in Exile in Dharamshala, which is often referred to as 'Little Lhasa'. 80,000 Tibetan refugees followed him into exile. As he celebrates his 82nd birthday in Ladhak, we explore the settlement of his faithful disciples in the capital of the country he took refuge in.

Tranquility in the midst of chaos

An ornamental gate that looks like a piece of mystical art, stands tall at the entrance of New Aruna Nagar colony. On entering, one is a spectator to winding alleys, faint echoes of Dalai Lama's preachings, amiable women in traditional Tibetan attire selling street delicacies in the courtyard, two majestic monasteries, aromatic air and chiming prayer bells singing a melody. With Yamuna river on one side and national highway full of maddening traffic on the other, a Tibetan colony peacefully takes refuge in the middle of Delhi’s hustle-bustle. ‘Majnu Ka Tila’, as the area is known, may be geographically a part of India’s capital, but in its cultural and existential essence, is a different world altogether.

A t-shirt on sell shows, Tibet will forever be in Tibetan's heart (WION)

While hopping through grocery stores that sold authentic Tibetan spices, Yak cheese as well as Chinese biscuits and sodas, we noticed something head turning--a wheel on the counter rotating on its own, without any electric wire attached to it. It was a prayer wheel made of wood and operated much like a hand mill.

"Chanting the mantra out loud is equivalent to spinning the prayer wheels," explained a Lama or Tibetan monk, dressed in a red and yellow robe.

The Sanskrit mantra originated in India but later moved to Tibet. Some call it destiny and others Chinese invasion, the reason this mantra is back to India, along with its chanters. In 1960, the Chinese government adopted oppressive measures against the Tibetans, forcing these people to flee to India and save themselves from the brutality.

Although a Tibetan settlement, this area is culturally diverse, being home to other Asian immigrants--the Nepalese community being significant in number. One experiences the cultural milieu when a Bhutanese dish is presented by Nepali server at a Tibetan restaurant, in Delhi. Such is the beauty of Majnu ka Tila which has surely become a cultural melting pot.

‘Tibet is in my heart, but I am an Indian’

The Tibetans residing here can be divided into three broad categories--the first and foremost, who followed Dalai Lama to India in 1959. They can be accredited for the establishment of this safe haven that retains the cultural individuality of the community.

Then, there are the next generations born and brought up in India. “Tibet is in my heart, but I am an Indian. I have never been to Tibet, only heard stories but India is where I belong--it is my home,” says Karten Tsering, President of the Residents Welfare Association, New Aruna Nagar Colony. He calls himself an Indian and rightfully so--anybody born in the country is considered a citizen, according to the Indian constitution.

The third and the most recent generation constitutes the people who have recently come to the country in the hope of better education, employment prospects, and life. They seem to be struggling to adapt to the norms of a foreign country but, at least, they have companionship and familiarity, which is a major comforting factor for them. In a country far away from home, they have found a hope with the flame of a free Tibet illuminating their hearts.

Home away from home

A middle-aged woman on a street-side stall sold Laphing--spicy cold jelly noodle dish served with soya chunks. Although she had a constant serene smile on her face, her face reads of suffering. She was compelled to leave Tibet because of the ‘political outburst’ and the scars happened to remain. However, she is now content here. Even though she has been selling food on the streets for the past four years, she has managed to send off her children to study outside Delhi--son to Dharamshala and daughter to Mussoorie. These places also have Tibetan roots and they long to stay connected.

Speaking to a man in his late 50s, we discovered the other side of lives of Tibetan refugees in India. He was manning the desk at one of the numerous hotels that play a major role in the economy of the area. Spending 40 years in Indian states of Meghalaya, Karnataka and now Delhi, he is still struggling with basic necessities--a reason he did not marry. For a person who cannot keep his stomach full, it will be an added responsibility to support an entire family. He was never sure if he could provide them with a roof and chose the nomadic life. This is a shivering reality of most of them.

However, despite the air of melancholy surrounding these people, still, they continue to smile.

Meeting with the local association’s authorities, we understood that suffering is not limited to just the trauma of a lost home. Though these refugees get aid from the government and have legal rights but, deep down, are fighting a silent battle to meet the basic needs. "They are doing whatever they can. If Delhi government does not have enough water, how can we expect for extended supply? Same is the case of electricity." The spokesperson seemed to be in the state of acceptance with whatever they are being provided with.

Dalai Lama’s birthday falls on 6th of July and the enthusiasm for celebrating with performances, feasts and religious ceremonies is all over the place. The authorities informed that Delhi’s chief minister Arvind Kejriwal will be the guest of honour of the festivities.

To them, Dalai Lama, the spiritual leader, and patron saint is the manifestation of the supreme power--their faith is quite evident as every single set-up in the vicinity has a picture of him. A glance of him is all they crave for. But surprisingly, when asked about what they would like to say to him for his birthday, the chatty 25-year-old Tsering Choephel shied away, as if he is too small or insignificant to speak to the supreme.

They believe that Dalai Lama helped them settle in India, and he alone can take them back by liberating Tibet from China.

However, one thing that surprised us was that everybody aspired moving to Karnataka. Opportunity-wise there are more options for this community out there, which may have moved these people. Also, space wise Bylakuppe, a Tibetan town in Karnataka is way larger than here.

"We get food for free in the monasteries of Karnataka, better shelter, more business opportunities, climate cooler than Delhi", says a monk. Not one, but many of the Tibetans dwelling in Majnu-ka-tilla are looking forward to move to Karnataka.

As we roamed around, a Ganesha idol among Tibetan deities caught our attention. “Ganesha is one of the important deities of the Tibetans,” mentioned the young Tibetan boy manning the store. In another store owned by a Nepalese woman, a statue of their very own version of Ganesha lied on the counter. The Tibetan shopkeeper is only seven years old to the country. Like many others, he wishes to head to Karnataka.

The dream of returning to Tibet still inspires them. India has provided them a home away from home but nevetheless, it is a makeshift home. Assimilation is difficult, finding jobs tough, and speaking out publicly about lack of opportunities not welcomed. A refugee is a refugee at the end of the day and they should remain grateful for whatever they are getting -- a common assumption that is true for all host countries worldwide. Thus, we may celebrate Dalai Lama as ours but the refugees prefer to stay in the chrysalis they have built in the ‘Majnu Ka Tila’. The outside world of bustling city of New Delhi is too alien for them.