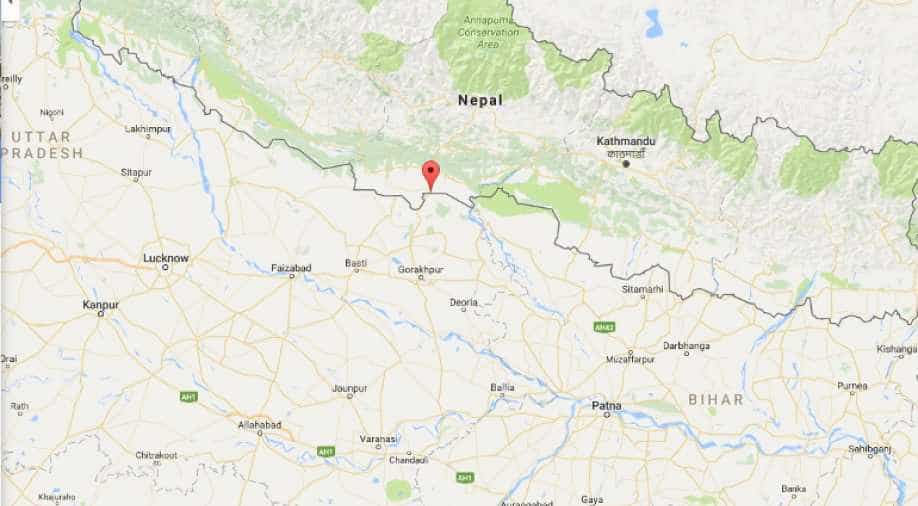 A Hizbul Mujahideen militant has been arrested by border guarding force SSB from Sonauli in Uttar Pradesh along the Indo-Nepal frontier.

The SSB is tasked to guard the 1,751 km long open border.

"Ahmed was residing in Pakistan since September, 2003. He was involved in many violent attacks against civilians and security forces including an attack on a STF camp. He was sent to India by his handler for a specific mission," an SSB spokesperson said.

"Ahmed, a resident of Banihal in Ramban district of Jammu and Kashmir, was trying to sneak into India from Nepal in guise of a Kashmiri shawl and carpet vendor."

"When he was asked for his identity proof by the SSB personnel at Sonauli, he was unable to produce any supporting documents," the spokesperson said.

The paramilitary force, based on initial interrogation, said Ahmed landed in Kathmandu on May 10 from Faisalabad in Pakistan via Sharjah.

The SSB said Ahmed reached the Indo-Nepal border in a bus "with an intention to sneak into Indian territory and motive to carry out terrorist activities in India."

"He was in touch with a handler from India, who used to deposit money, in his account, off and on. On his instructions he came to India for undertaking terrorist activities but was apprehended by the SSB," the paramilitary force claimed.