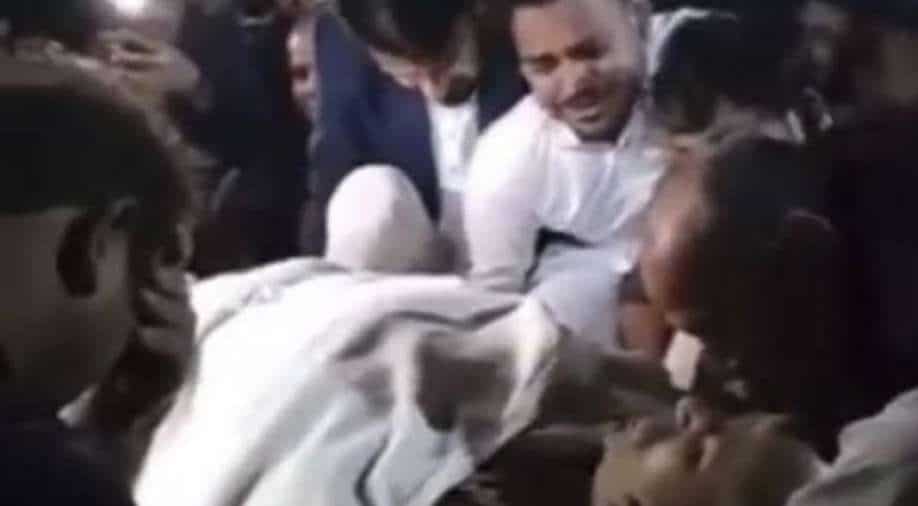 A two-acre land triggered the dispute. Around eight years ago, some people had shot and injured Satan Lal who also came under attack a few months ago, claimed local journalists from the area.

This is the most recent episode of atrocities against Pakistan's minority communities.

Sunil Kumar, a Hindu businessman, was shot and killed by unidentified individuals in Anaj Mandi, Sindh province, on January 4.

According to news agency ANI, the businessman's assassination caused the city to shut down.

Unidentified gunmen opened fire on them in Pakistan's northern Peshawar city on January 30, killing a Christian priest and injuring another.

Meanwhile, Khehal Das Kohistani, a politician from the Pakistan Muslim League-Nawaz (PML-N), told the media that efforts were on to damage Sindh's image of coexistence.

Now a Hindu businessman Satan Lal shot dead. He had got multiple threats asking him to go back to India

International Media is literally blind to the violence against Hindu minority in Pakistanpic.twitter.com/Nd3uKnI0e1

He went on to say that Hindu females were being forcibly converted and that individuals were being kidnapped and killed.

According to Pakistan's 2017 Universal Periodic Review submitted to the UN Office of the United Nations High Commissioner for Human Rights (OHCHR), an average of 20 Hindu girls are abducted in Pakistan every month, converted to Islam by force, and then married off to their abductors.

Religious minorities in Pakistan continue to suffer as a result of frequent acts of violence against them, including abductions of girls from minority communities, forced conversions, and vandalism of religious institutions.

These are only a few of the many forced conversions of religious minorities in Pakistan that have been documented.

The international community has repeatedly chastised the country for failing to protect the interests of its minority.