Here's why cow shouldn't be made the national animal 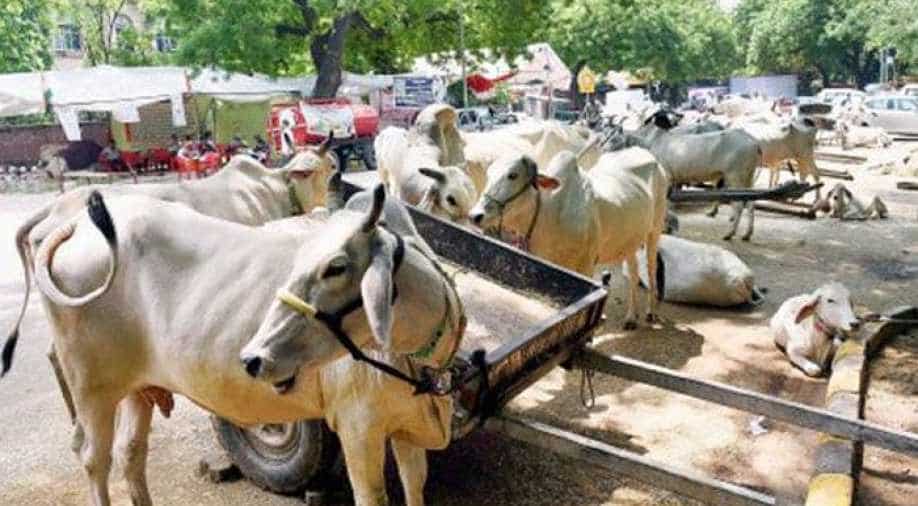 The latest development on this issue comes from the Rajasthan High Court which wants cow to be declared as the national animal. Photograph:( Zee News Network )

The judicial intervention in the name of the cow by number of High Courts not only complicates the debate raging on the issue of choice, but also shows that courts in India are increasingly stepping into the domain of Indian lawmakers.

This may be the reason why the regime decided to choose a lion as the symbol for the Make in India campaign, rather than an elephant or a tiger.

But the point to be noted is that both the decisions were taken through an executive decision. Neither of them came from the court or referendum. The decision to change the national animal was taken up by experts who felt that the tiger needs to be protected in India as it is spread across wider landscape whereas lion is limited to the Gir sanctuary. All these considerations went into declaring tiger as the national animal of the country. The experts felt that it would help protect tigers and subsequently Project Tiger was launched with great fanfare by the central government.

Now the question is what are we to make of cow and why did the honourable court observe that cow be declared as the national animal? The petition, which was brought to the notice of the court was that cows perished in a gaushala because the staff wasn’t careful enough. Are we supposed to take it seriously or ignore the observations of the court? It shows that courts aren’t immune to existing political narrative.

Three courts in India have taken three different positions in this issue so far. Madras High Court wanted the new slaughter rules examined, The Kerala High Court refused to go into the exercise observing that new rules don’t ban beef eating, and the Rajasthan High Court observed that the cow should be declared national animal so that it can receive protection from the state. It is still debatable whether cow’s longevity can be increased by declaring them as national animals when farmers themselves find cows and bullocks unsustainable after a certain age.

The Rajasthan High Court judge also observed that the reason why peacock is the national bird is because it is celibate, confusing facts of biology with cultural explanation for Lord Krishna wearing a peacock feather on his forehead.

The cow for millions of Indians is a revered entity and the right to eat whatever you want is never absolute in any society. Every society has food taboo and it needs to be respected.

It has been argued that the cow was never the central sacred figure in Hinduism, and lower castes in India evolved to see cows in different light hence cow slaughter should be permissible. This is misleading. It is a fact that a number of dalits are part of the skinning business but doesn’t mean that they only use sacred symbols outside the Hindu pantheon.

The BJP is using cow as a vehicle for political mobilisation but it should not be forgotten that cow once was a symbol of the Congress. It is a different thing that today it finds it difficult to take political position on this subject because it has become a prisoner of its own political correctness. The question is as to why a certain sentiment associated with cow which existed within the Congress moved outside it and got co-opted by another party.

The question is as to why India today is going through a social upheaval on cow. In my opinion, Hinduism which in first 50 years, post-independence got confined to cultural arena has regained its space its public arena which it was denied out of modern constructs.

Secondly, sacredness continues to shift and change in Hinduism, cow has slowly occupied its position.

Lastly, eating buffalo meat is not a problem in India but making it a symbol of secularism does become an issue of identity and tolerance.

Making cow a national animal will not solve anything and idea should be immediately discarded. Those indulging in violence too should be punished severely. But Left and other regional and mainstream parties should accept that cows do occupy cultural space in Hindu consciousness and this needs to be respected.