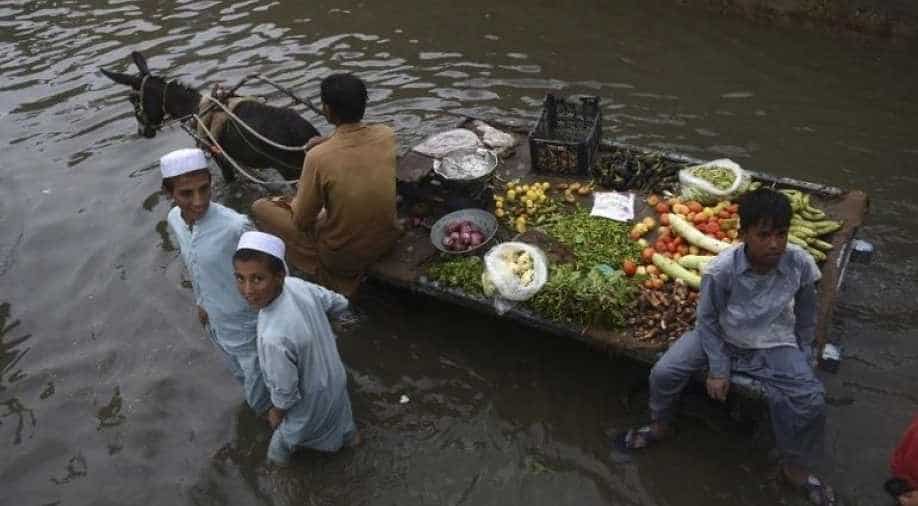 The flood situation in Pakistan is a complete disaster. In the north-west heavy downpour has overwhelmed the province of Khyber Pakhtunkhwa.

Floods have triggered in Pakistan after three days of monsoon rains. At least 90 lives have been lost, over 1,000 homes have been destroyed and thousands more have been displaced.

The flood situation in Pakistan is a complete disaster. In the north-west heavy downpour has overwhelmed the province of Khyber Pakhtunkhwa.

Right next to Balochistan is Sindh. The worst affected province in Pakistan, where 31 people have died here due to the annual monsoon deluge.

Karachi is the capital of Sindh province and Pakistan's financial hub. Karachi is now a submerged city. The residents say they are losing everything to rainwater.

At least eight people have died in Karachi alone. Mostly due to electrocution and drowning. Now, sewage water is flooding homes in low-lying areas and disaster relief is yet to arrive.

Shama Parveen, impacted by flooding said: "When the water reached neck high, we lifted our kids on shoulders and took refuge at the neighbour's house. We spent the whole night sitting at the roof, only we know how we had spent the night. My daughter-in-law's furniture is sinking at home, everything we had is sinking."

Every year --- many major cities around the world have to deal with floods. But that's mostly due to poor planning. In the case of Karachi ---- it's due to the city's outdated sewage systems combined with years of neglect by those in power and the current govt in Islamabad is only carrying this legacy forward.