Heart of Asia: Security tightened ahead of conference, all eyes on Indo-Pak tension 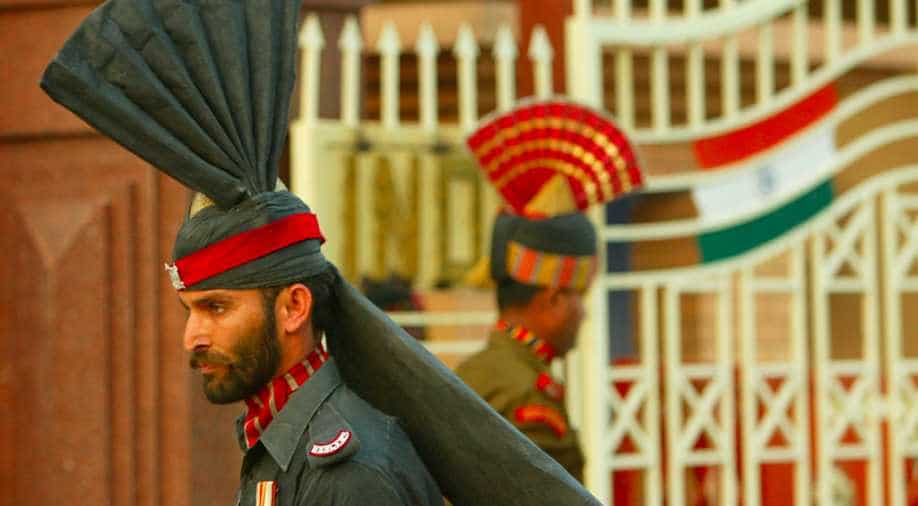 Strong vigil is being kept along the Indo-Pak border in Punjab. In Photo: Indian and Pakistani troops at the Wagah border. Photograph:( Getty )

The Indian city of  Amritsar has been put under a thick security blanket in view of the sixth ministerial Heart of Asia conference - Istanbul Process on Afghanistan, beginning on Saturday.

Director general of police (DGP), Punjab, Suresh Arora took stock of the security arrangements of the city for the international conference, a senior officer said.

"All security arrangements are in place to avoid any eventuality," he said.

Besides two sessions, there will be bilateral meetings between the participating countries, officials said.

Amid heightened tension with Pakistan following yet another militant attack on an army base, India is likely to step up efforts to corner it diplomatically and mobilise support for concrete action against state-sponsored terrorism at the two-day Heart of Asia (HoA) conference.

Afghanistan, which has also been witnessing increased attacks from terror groups operating from Pakistani soil, is set to push hard for a regional counter-terror framework with binding commitment at the annual meeting of Heart of Asia Istanbul Process, a platform set up in 2011 to assist the war-battered country in its transition.

Top officials of the 14 member countries will meet on Saturday to discuss key challenges facing the region including from terror groups and explore ways to bring lasting peace and stability to Afghanistan.

On Sunday, the main conference will be jointly inaugurated by Prime Minister Narendra Modi and Afghan President Ashraf Ghani where both India and Afghanistan are likely to corner Pakistan on terror.

Pakistan Prime Minister's foreign affairs advisor Sartaj Aziz will represent Islamabad at the conference and all eyes will be on whether an Indo-Pak bilateral meeting takes place on the sidelines.

Ahead of Aziz's visit in Amritsar, India had on Thursday said it will never accept continuing cross border terrorism as the "new normal" in bilateral ties with Pakistan while making it clear that talks cannot take place in an atmosphere of "continued terror".

India had called for isolating Pakistan diplomatically after the Uri attack on an army establishment and it is likely to continue efforts in that direction at the Heart of Asia conference.

At the BRICS summit in Goa in October, India had called Pakistan the "mother ship" of terrorism globally.

Aziz is scheduled to arrive in Amritsar on Sunday and is expected to return the same day.

The entire holy city, which is not far from Indo-Pak border, has been decked up, while multiple layers of security have been put in place.

Strong vigil is being kept along the Indo-Pak border in Punjab.

It was clear that dealing with terrorism will be a major focus at the conference as both India and Afghanistan earlier this week called terror emanating from Pakistan the "greatest threat" to regional peace and stability.

Afghanistan has been pushing for an effective counter- terror framework and the matter will be discussed at length at the conference being attended by representatives from over 30 countries including China, the US, Russia and Iran.

The Indian delegation will be led by finance minister Arun Jaitley in the absence of external affairs minister Sushma Swaraj, who is ill.

"Terrorism is the greatest threat to the region and we expect the HoA to approve the regional counter terrorism framework that has been drafted by Afghanistan and circulated to HoA countries. We hope the conference will adopt it," said Afghan ambassador Shaida M Abdali.

A declaration will be issued at the conclusion of the conference and is expected to focus on ways to deal with terror.

The conference, whose theme is security and prosperity, will also deliberate on major connectivity initiatives including Chabahar project, a five nation railway project.

There may be deliberations on TAPI (Turkmenistan Afghanistan-Pakistan India) gas pipeline project.

Ghani is scheduled to arrive on Saturday and he and Prime Minister Narendra Modi will have a bilateral meeting where the Afghan President is likely to push for supply of military hardware by India to his country.

India has already provided nearly US $2 billion to Afghanistan for reconstruction activities but has been adopting a cautious approach in providing weapons.

The platform was floated to encourage security, political and economic cooperation between Afghanistan and its neighbours.