Hafiz Saeed calls for Jihad against the US 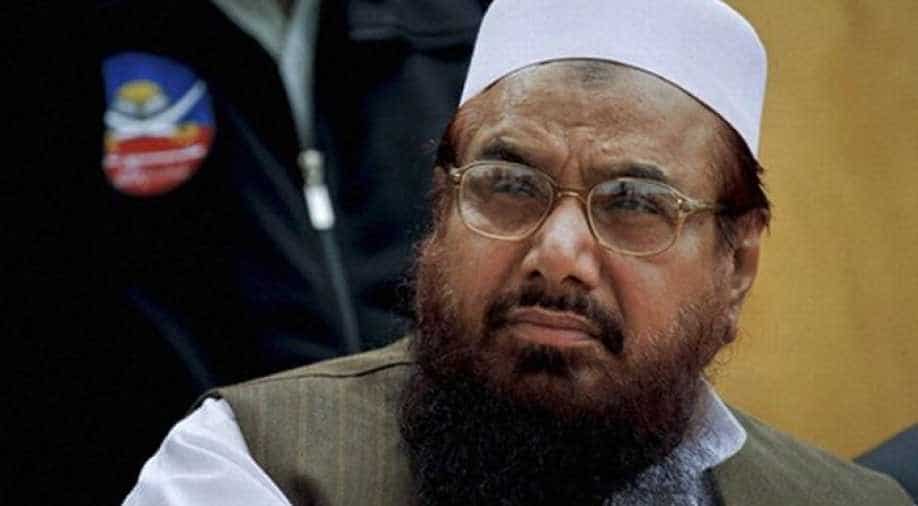 The United Nations- and US-designated terrorist was recently released from house arrest after a Pakistani court cited lack of evidence against him in the Mumbai attack case. Photograph:(Zee News Network)
Follow Us

Jamaat-ud-Dawah (JuD) Chief and 26/11 Mumbai attack mastermind Hafiz Saeed continues to spread religious hatred from the Pakistan soil as he, recently, invited all Islamic states to launch 'Jihad' against the United States and Israel.

Hundreds of JuD activists participated in a rally 'Tahafuz Baitul Muqaddas' at the Istanbul Chowk here. The event was attended by JuD leaders, including Hafiz Saeed and Abdul Rehman Makki.

The event was conducted in the wake of the US President Donald Trump-led administration unilaterally identifying and declaring Jerusalem as the capital of Israel.

The Lashkar-e-Taiba (LeT) co-founder, while addressing the gathering, said, "The day Jerusalem (Bait-ul-Muqaddas) becomes the capital of Israel, a caravan of 'Jihad' will be launched. Pakistan's army chief General (Qamar Javed) Bajwa, Prime Minister Shahid Khaqan Abbasi and all leaders of the political parties need to unite. Pakistan's atomic bomb is the asset of `Islam', which should be used to free Jerusalem. This is my open announcement."

He added, "We should organise an Islamic conference to be attended by chiefs of the Islamic states to declare 'Jihad'. The influence of the ISIS will weaken and the conspiracy of the United States against Islam and holy war (Jihad) will come to an end."

The United Nations- and US-designated terrorist was recently released from house arrest after a Pakistani court cited lack of evidence against him in the Mumbai attack case.

Abdul Rehman Makki, the second in-command of the JuD, said: "May Allah almighty willing this 'Ghazwa-e-Hind' (Battle of Hind) and 'Ghazwa-e-Saleeb' (Battle of Christianity) will continue and this conference had pledged and promised they would wage jihad for Palestine like JuD had been waging Jihad in Kashmir."

India has protested against Pakistan time and again for harbouring Saeed. He is wanted for allegedly plotting the Mumbai attacks that took place on November 26, 2008.