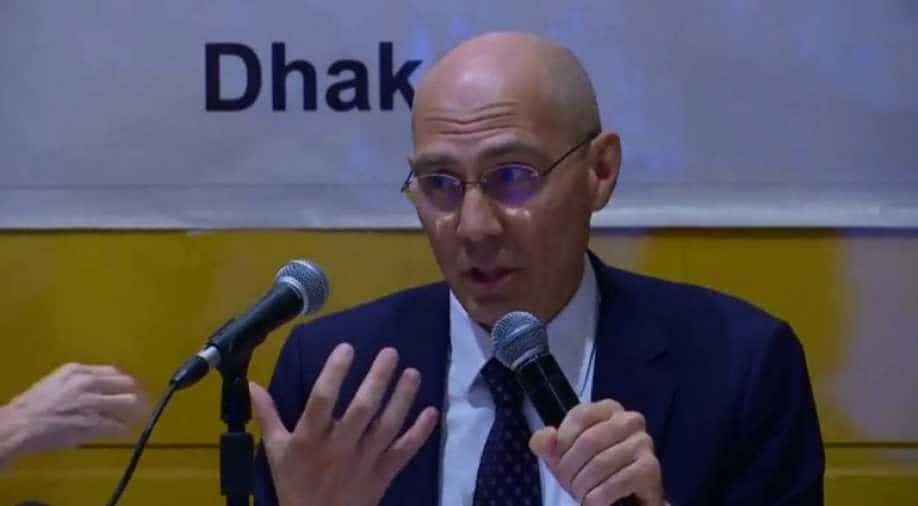 During his five-day visit, Volker Turk, UNHCR's Assistant High Commissioner for Protection, met with many Rohingya in the Kutupalong refugee settlement - the world's largest - and discussed how they see their futures evolve.

An official at the UN refugee agency UNHCR met with Rohingya refugees in Bangladesh and on Thursday said they were "grateful" to their host country but longed to return to "normalcy and dignity" to Myanmar.

During his five-day visit, Volker Turk, UNHCR's Assistant High Commissioner for Protection, met with many Rohingya in the Kutupalong refugee settlement - the world's largest - and discussed how they see their futures evolve.

He also met with the government officials in Bangladesh to review the challenges they are facing and discussed finding solutions to the development of conditions for the voluntary, safe and dignified return of refugees to Myanmar.

Rohingya regard themselves as native to western Myanmar's Rakhine State but Myanmar authorities and many citizens regard them as illegal immigrants from the Indian subcontinent.

Many are stateless as a 1982 law restricts citizenship for the Rohingya and other minorities not considered members of one of Myanmar's "national races".

The Myanmar government refuses even to use the word "Rohingya", as that would imply a distinct identity, instead of calling them "Bengali".

A crackdown on the Rohingya in 2017 forced more than 730,000 to flee to neighbouring Bangladesh.

Myanmar forces launched their offensive in Rakhine State in response to a series of attacks by Rohingya insurgents on security posts near the Bangladesh border.

Myanmar is facing growing international calls for accountability over the Rakhine campaign but continues to deny accusations of murder, rape and other abuses by its forces.

Though Myanmar says it is ready to welcome back the refugees, northern Rakhine state, from where they fled, is still riven by ethnic tensions and violence, and the UN has said conditions are not right for them to return.

Rohingya refugees say they will not return without guarantees of basic rights, including citizenship and freedom of movement.