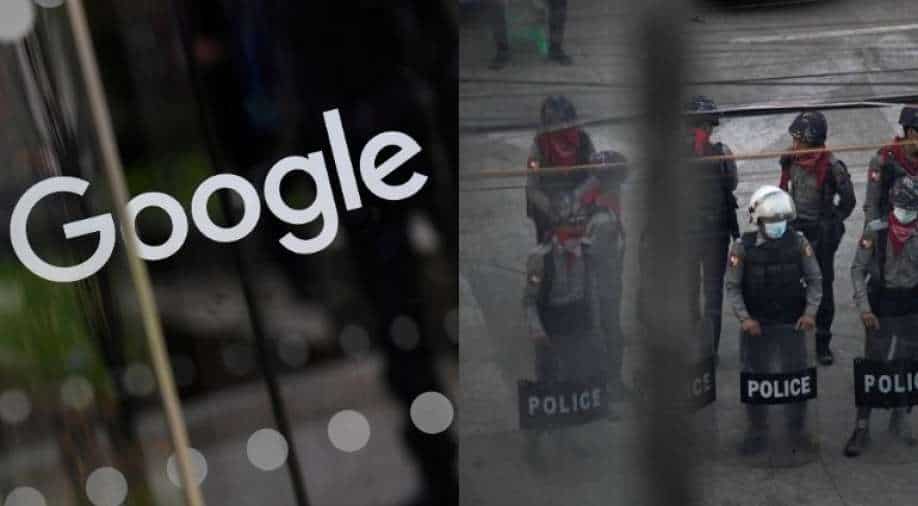 Google said it was reviewing the ads and had separately disabled some accounts linked to the military including ones on Gmail, Blogger, and the Google Play store Photograph:( Reuters )

Google and Viber on Wednesday said that they were reviewing recent advertisements carried by a Myanmar military-backed telecommunications firm post the February 1 coup.

This comes as Justice for Myanmar, an advocacy group alleged on Wednesday that Google and Viber were running new ads for Mytel, a telecoms company partially owned by the Myanmar army, following a ban by Facebook.

About 2,000 people have been arrested and more than 60 people have died so far, reports news agency AFP as security personnel has intensified crackdown against the pro-democracy protesters.

Google said it was reviewing the ads and had separately disabled some accounts linked to the military including ones on Gmail, Blogger, and the Google Play store.

"We have taken action against accounts on our platforms... including disabling accounts on Google services and taking down a number of YouTube channels and videos related to the Myanmar military," a Google spokeswoman said.

Also read | ‘Shoot till they are dead’: Some Myanmar police say fled to India after refusing orders

Earlier, messaging platform Viber announced on Wednesday that it is stopping all advertisements in Myanmar temporarily.

"We are looking into the current situation to ensure all ads comply with guidelines," the company responded to a tweet of news agency Reuters.

"Viber continues to focus on the most important task - ensuring people in Myanmar continue to communicate freely and securely under the circumstances."