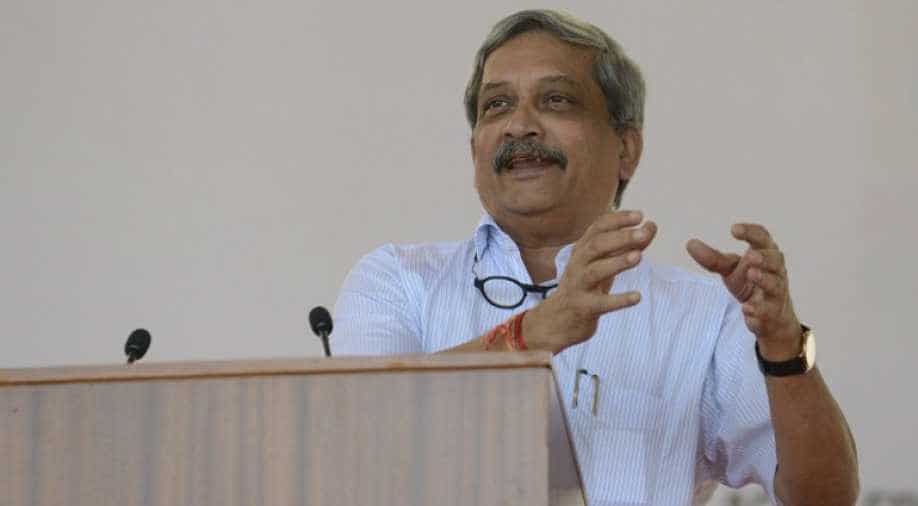 More than 1600 polling stations have been set up for the smooth conduct of elections. Photograph:( AFP )

With the Assembly Election polling for 40 seats underway in Goa, India's defence minister Manohar Parrikar cast his vote early on Saturday morning here and expressed his confidence that the Bharatiya Janata Party (BJP) will sweep the polls with two-third majority.

Speaking to the media in Panaji after casting his vote, Parrikar said that initial reports indicate a very good turnout by the electorate. "I expect like the last time in 2012, where there was an 84% voting, it may even exceed that this time. Goa votes very heavily and this is one of the specialities what the BJP has inducted into the politics of Goa to increase voting. BJP expects mandate with two-third majority," the defence minister said.

More than 1600 polling stations have been set up for the smooth conduct of elections. Earlier today, Prime Minister Narendra Modi called on the electorate to turn out in record numbers and cast their votes without fail. "Urging people of Punjab & Goa to turn out in record numbers & vote in the Assembly elections. I particularly urge my young friends to vote," he said in a tweet.

In Goa, about 11.10 lakh voters are going to decide, the fate of 251 candidates including 19 women. About 32 thousand young voters will be exercising their franchise for the first time and women voters outnumber men this time.

40 'all-women' managed polling stations have been set up to motivate women`s participation in the electoral process. The commission has made a directory of about 2700 Persons with Disabilities who will be given pick up facility from home.

Meanwhile, about 1.7 crore rupees and more than 70 thousand litres of liquor have been seized, till date by the Election Commission appointed police and excise teams.