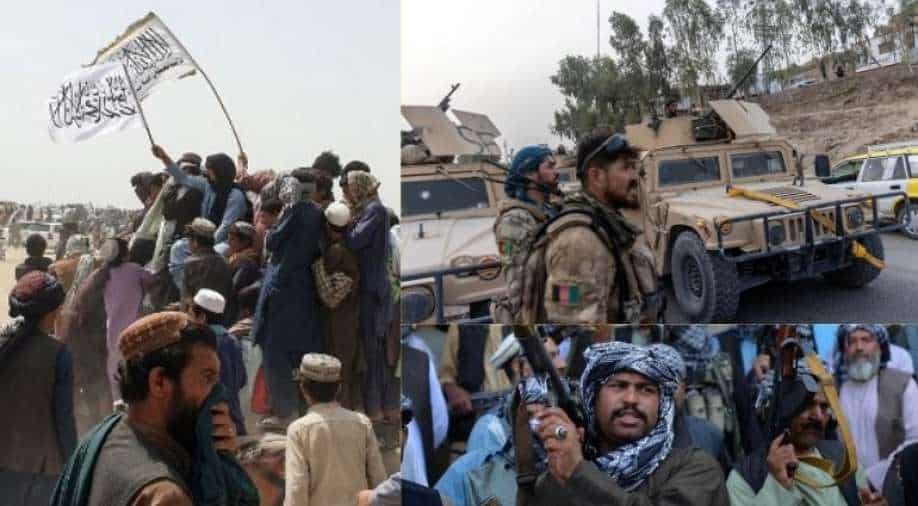 Taliban had earlier captured areas in Herat, Farah and Kunduz provinces as it continues to make major headway Photograph:( AFP )

Taliban continued its offensive in Afghanistan as the tenth provincial capital fell to the militant group on Thursday.

The Taliban offensive has escalated as it has begun annexing provincial capitals. German foreign minister Heiko Maas said the country will not give "another cent" to Afghanistan if the "Taliban take complete control, introduce Sharia law and turn it into a caliphate."

Germany is one of the biggest donor nations to Afghanistan as it sends $504 million to the country. On Thursday, the Taliban seized Ghazni city just 150 kilometres from Kabul as the tenth provincial capital fell to the militant group.

Germany had deployed troops in Afghanistan as part of NATO's mission but it had to pull out as President Biden decided US troops should leave the country.

President Biden had said the US has spent over $1 trillion in the last 20 years on Afghanistan and equipped 300,000 Afghan forces.

"Afghan leaders have to come together, they've got to fight for themselves, fight for their nation," the Biden had said as US troops prepare to pull out of the country by August 31.

Defense Department spokesman John Kirby reiterated the Biden administration's view saying that the Afghan forces have a "numerical advantage" and have an Air Force.

US State Department spokesman Ned Price said the Afghan government has "tremendous leverage" and US support, however, on the ground the Taliban has kept up its strategic assault.

After sweeping rural Afghanistan and strategic border crossing along Pakistan, Tajikistan and Iran, the Taliban said its forces had moved to Mazar-e-Sharif as President Ghani arrived in the city to boost the morale of his troops.

Heavy fighting is also underway in Herat, Kandahar and Helmand province as the Taliban continues its offensive across Afghanistan.