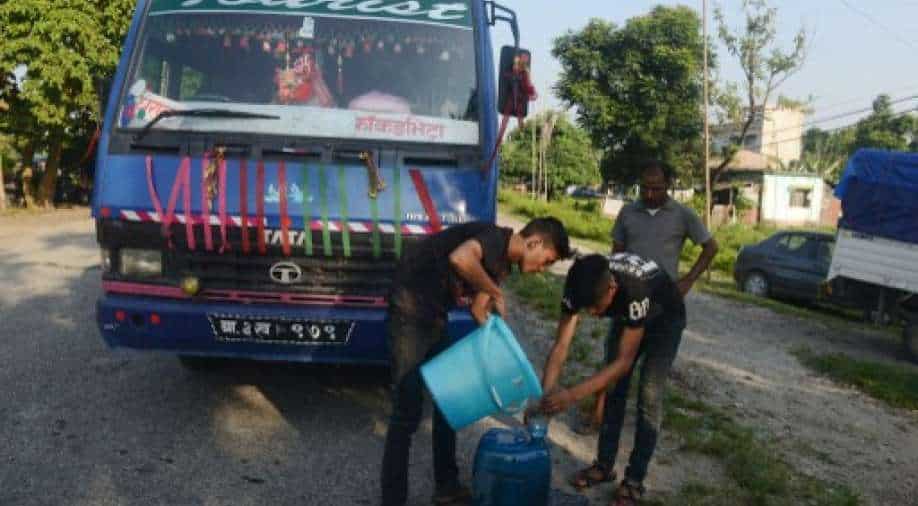 Fuel prices have shot up in Nepal Photograph:( AFP )

Earlier, the highest petrol price ever recorded in Nepal was in March 2014 at 140 rupees per litre but had remained lower since then.

Amid rising inflation, Nepal Oil Corporation (NOC) on Thursday said the price of petrol is likely to shoot up to 155 rupees per litre within the next two months. The price of petrol in Nepal is already at the highest-ever level of 142 rupees a litre.

Nepal Oil Corporation Managing Director Sushil Bhattarai told WION that the rise in the price of petroleum products in the world market and the rise in the exchange rate of the US dollar have added challenges to reduce losses over the months. International crude oil prices rose steadily to around $90 a barrel.

“Due to which, the price of the petrol could reach up to 155 rupees per litre. In the last one month, in the internal price revision, Nepal has increased 6 rupees per litre,” Bhattarai said.

The corporation has also increased the price of aviation fuel for domestic flights by 10 rupees per litre to 116 rupees and international flights by $100 per kiloliter to $1,095.

These revisions have tremendous implications on the public. The fuel price hike will lead to a rise in prices in almost all sectors such as transport, aviation, auto and textiles.

“Price of the petroleum products is increasing and will continue but my daily earnings are same since the past five years. It has become difficult and we cannot increase our fair because no one would prefer to take my service. This hike does not stop here, we will see a rise in other daily items too,” Gopi Bhattarai, 45, who works as a transporter in Kathmandu told WION.

Earlier, the highest petrol price ever recorded was in March 2014 at 140 rupees per litre but had remained lower since then. But now, that record has been broken after eight years. Diesel and kerosene were priced at 109 rupees per litre at that time.

The corporation has said that the price of petroleum products is cheaper in Nepal than in the bordering Indian region. Compared to Raxaul in the Indian market, petrol is cheaper by 32.24 rupees per litre and diesel by 25.31 rupees per litre.

The monthly consumer price inflation climbed to its highest in 64 months in December, rising to 7.11 per cent year-on-year from 5.32 per cent in November, data from the country's central bank, Nepal Rastra Bank.