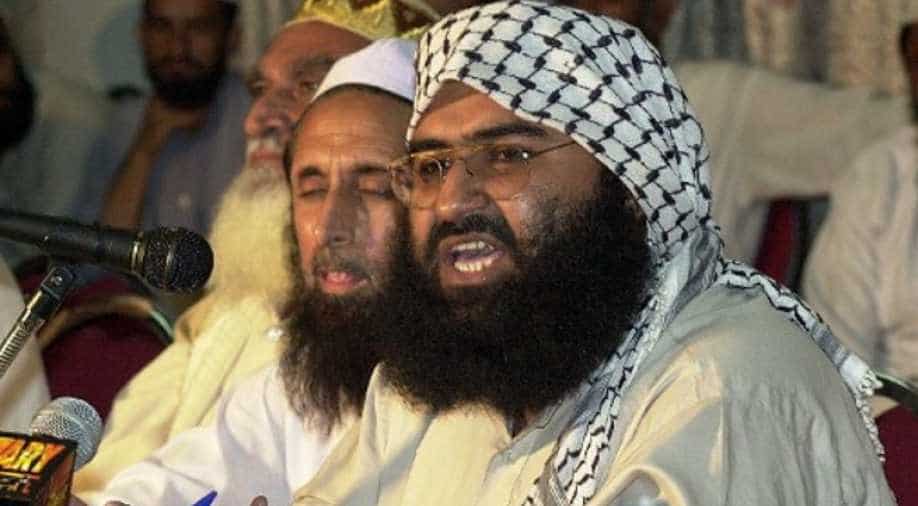 French foreign minister Jean-Marc Ayrault said that since Masood Azhar's JeM had already been designated a terrorist organisation, there were "very strong arguments in favour" of such a move.

"Jaish-e-Mohammad is already included in the (Sanctions) Committee's list of terrorist organisations, therefore, there are very strong arguments in favour of listing its chief, as India has requested," the French foreign minister, who is on a four-day visit to India said.

Without naming China directly, he said: "The international community's determination to combat terrorism must be the same everywhere, regardless of the threat."

"That's why", he said, France not only supported but also co-sponsored the Indian request at the UNSC.

In February 2015, India submitted a proposal to the 15-member 1267 Sanctions Committee of the UNSC to list Azhar as an international terrorist for allegedly masterminding the attack on an airbase in Pathankot in 2015.

China imposed a "technical hold" on the Indian proposal twice before blocking it on December 30, the only country to do so.

"We regret that, despite our joint efforts and wide support from the Committee, unanimity could not be reached," said Ayrault, whose country is a permanent member of the UN Security Council.

He said France will now discuss with India what should be done. "India knows it can count on our support," he added.

The French foreign minister, whose country has faced a number of terror attacks over the last few years, pitched for a "decisive action" against  Pakistan-based terror groups like LeT, JeM and Hizbul Mujahideen which are "targeting" India.

"France has very firmly condemned the terrorist attacks against India, including the recent one in Uri, and reiterated its full solidarity with India in its combat against terrorism," he said.

He emphasised that all countries should fight effectively against terrorism "originating from their territory or territories under their control".

"We particularly want to see decisive action taken, in keeping with international law, against terrorist groups targeting India, particularly the Lashkar-e-Taiba, the Jaish-e-Mohammad and the Hizb-ul-Mujahideen," he said in an obvious reference to Pakistan from where these outfits are believed to have been operating.

The French minister also defended the Indian Army's '"surgical strikes" against terrorist camps across the LoC in Pakistan-occupied Kashmir in September 2016.

"Nothing can justify terrorism, which must be fought everywhere with equal determination. When a country is faced with a terrorist threat of this nature, it has the
right to defend itself," he said.

Ayrault also spoke about the scope of cooperation between India and his country in combating terror. "France and India are both victims of terrorism, and they are in full solidarity vis-a-vis this scourge," he said, adding that the fight against terrorism is one of the cornerstones of India and France's strategic partnership.

In concrete terms, he said, France and India hold "constant and very operational exchanges" on the terrorist threat.

"We have a bilateral working group that brings together all the players concerned over counter-terrorism, and, among others, cooperation with regard to investigations and between our respective intervention units, the GIGN from the French side, and the National Security Guards from the Indian side. I welcome the development of all these cooperations," he said.

Azhar, a resident of Bahawalpur in Pakistan, was one of the three terrorists freed by India in exchange of 166 hostages of Indian Airlines plane IC-814 which was hijacked to Kandahar in December 1999.

At that time, Azhar was a member of the Harkat-ul Mujahideen, and soon after his release, he floated the Jaish-e-Mohammad in Pakistan which carried out several attacks in India, including on the Parliament in December 2001.