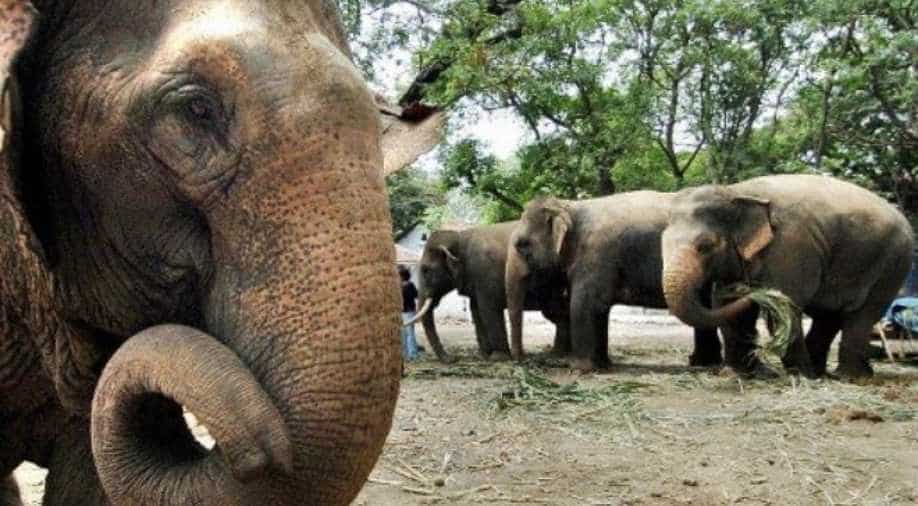 Nearly 200 elephants are killed every year on the island, many by farmers after the animals stray onto their land.

Four elephants were found dead Friday in central Sri Lanka, with police suspecting the animals were poisoned by angry villagers.

Nearly 200 elephants are killed every year on the island, many by farmers after the animals stray onto their land.

Marauding elephants also claim the lives of about 50 people annually, mostly by trampling through villages built near their habitats.

A pregnant female and a male were among the four carcasses found on Friday at a forest reserve near Sigiriya, a fifth-century rock fortress and UNESCO-protected heritage site, police said.

"We have called wildlife experts and vets to carry out autopsies," a police official in Sigiriya, 175 kilometres (110 miles) north of Colombo, said by telephone.

Other elephants may also have died but no further remains have yet been found.

He said there had been a spate of incidents involving wild elephants storming villages and destroying crops in the area.

"We suspect the elephants may have been poisoned. We are investigating," the officer said.

He said the four animals appeared to be aged between 15 and 25 years old.

Killing an elephant is in theory punishable by death in Sri Lanka.

Sri Lanka's elephant population has dwindled to just over 7,000, according to the latest census, down from an estimated 12,000 at the beginning of the last century.