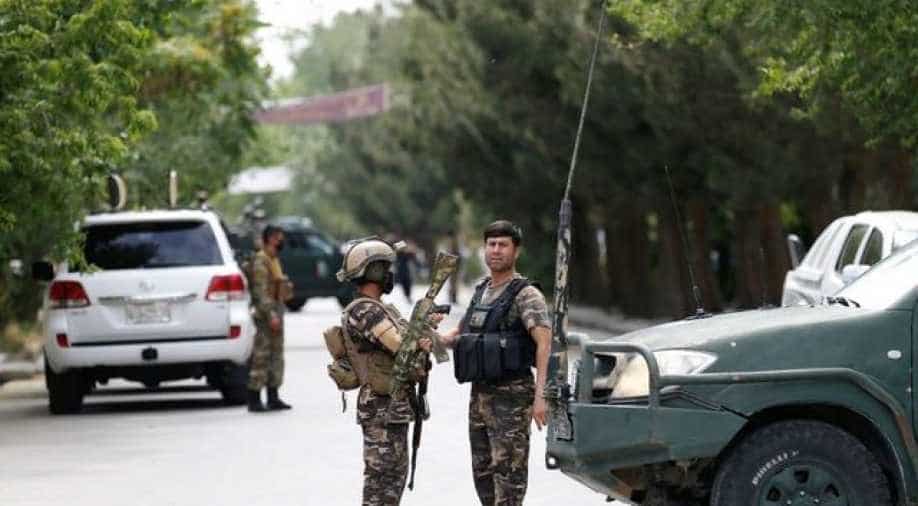 Afghanistan is juggling multiple crises, with the coronavirus rapidly spreading across the country and continuing violence even as the government and Taliban signal they are getting closer to sitting down for talks.

At least four people were killed after a blast ripped through a crowd during Friday prayers at a mosque in Kabul, in the latest attack on the city ahead of potential talks with insurgents.

Afghanistan is juggling multiple crises, with the coronavirus rapidly spreading across the country and continuing violence even as the government and Taliban signal they are getting closer to sitting down for talks.

Based on our initial information, at around noon explosives placed inside the mosque detonated during Friday prayers.

A health ministry spokesman confirmed the death count, saying the prayer leader and three worshippers were killed at the Sher Shah Suri mosque, while several others were wounded.

The attack comes a week after an Islamic State-claimed attack killed two people, including a popular prayer leader, at a mosque on the edge of Kabul's heavily fortified green zone.

President Ashraf Ghani vowed on Thursday to complete a Taliban prisoner release that is a key condition to the launch of peace talks with the insurgents.

Once the swap is done, the two sides have pledged to begin negotiations that could end nearly 19 years of war.

The Taliban have largely refrained from launching major attacks on Afghan cities since February, when they signed a deal with the US meant to pave the way for peace talks with the Kabul government.

A ceasefire during last month's Eid al Fitr holidays also sparked hopes that the two sides may be getting closer to holding negotiations even as a recent uptick in fighting has tempered expectations.

The ceasefire was just the second observed in the country since the Taliban were toppled by a US invasion in 2001 following the September 11 attacks by Al-Qaeda, whose leader Osama bin Laden was sheltered by the regime.