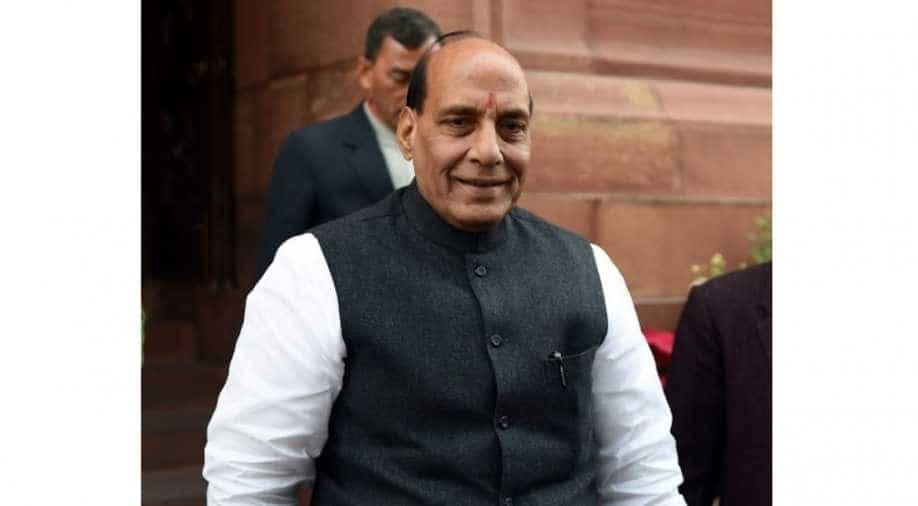 'Naxal problem cannot be resolved through 'silver bullets' or any shortcut but through short-term, medium-term and long- term solutions,' PTI reported Singh as saying.? Photograph:( AFP )

Home minister Rajnath Singh met with chief minister of maoist-affected states Monday ||He said the 'foundation principle' of fighting maoists 'is through financial choking' ||He said there was no silver bullet ||That the Naxal problem has to be fought through short-, medium-, and long-term solutions

He was meeting with the chief ministers of Left-wing extremism-affected states.

On April 24, 25 personnel of the CRPF lost their lives in a Maoist attack in Sukma, Chhattisgarh.

"Foundation principle of fighting the Left-wing extremism is through financial choking," the Press Trust of India reported Rajnath as saying.

"Naxal problem cannot be resolved through 'silver bullets' or any shortcut but through short-term, medium-term and long- term solutions," PTI reported Singh as saying.

"I am sure that attempts to stall development and to throttle democracy at gunpoint will not be successful ever," Singh added.

But he added that: "I am confident that we will successfully confront the Naxalites with full force and a new strategy."

There has been a seeming uptick in Maoist attacks on the security forces this year. The CRPF for example has lost more men in the first four months of 2017 than it did on average in a year over the last five years.

The government says this is because the Maoist insurgency is standing on its last legs.

The Maoists, in an audio statement, said the Sukma attack was reprisal for the gang rape of tribal women and the murder of tribal men.

Other commentators have said the seeming uptick in attacks are the result simply of road-building activity by the state in Maoist-controlled areas. And that the Maoists are trying to stall the road building.

On Sunday, the Indian Express carried a front-page report saying that the army would train security forces in LWE-affected states and that helicopters there would fly more hours.