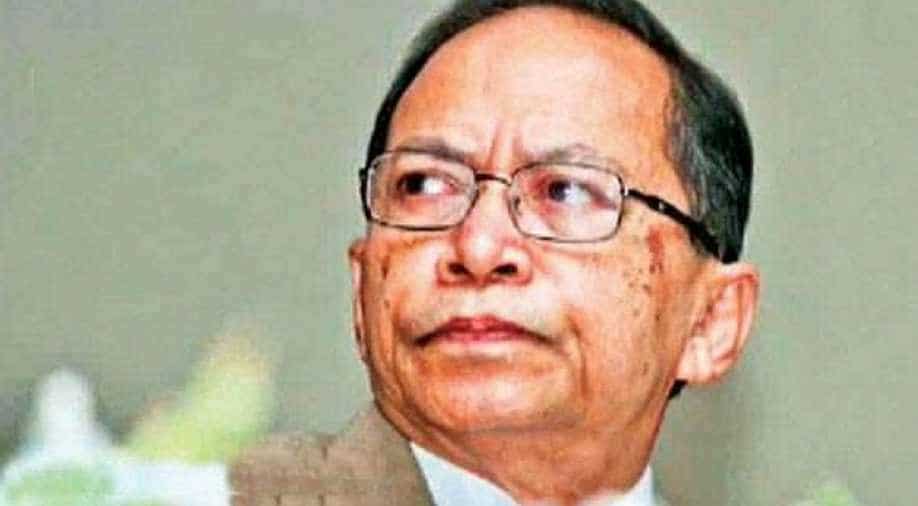 In 2015, Sinha became the first Hindu chief justice of Bangladesh, and the 21st occupant of the office since the country’s independence from Pakistan in 1971.

A court in Dhaka on Thursday framed charges against former chief justice of Bangladesh Surendra Kumar Sinha and 10 others in a case filed over misappropriating and laundering about 4 crore Taka from the erstwhile Farmers Bank in 2016.

Mr Surendra Sinha is the first Hindu Chief Justice of Bangladesh.The court has fixed August 18 to start the trial of the case. Earlier on January 5 this year, another Dhaka court had accepted the charges and issued arrest warrants against all the fugitive accused.

In 2015, Sinha became the first Hindu chief justice of Bangladesh, and the 21st occupant of the office since the country’s independence from Pakistan in 1971.

Before becoming chief justice, Sinha delivered many important judgments, including on the killing of Sheikh Mujibur Rahman, the country’s founder, and the validity of the 5th, 7th, and 13th amendments to the constitution, according to The Daily Star.

In the Mujibur Rahman case, the court sentenced the 12 killers of the leader to capital punishment.

The accused face a maximum seven year's jail term each if found guilty. Justice Sinha, now in the US, had resigned as chief justice on November 11, 2017.