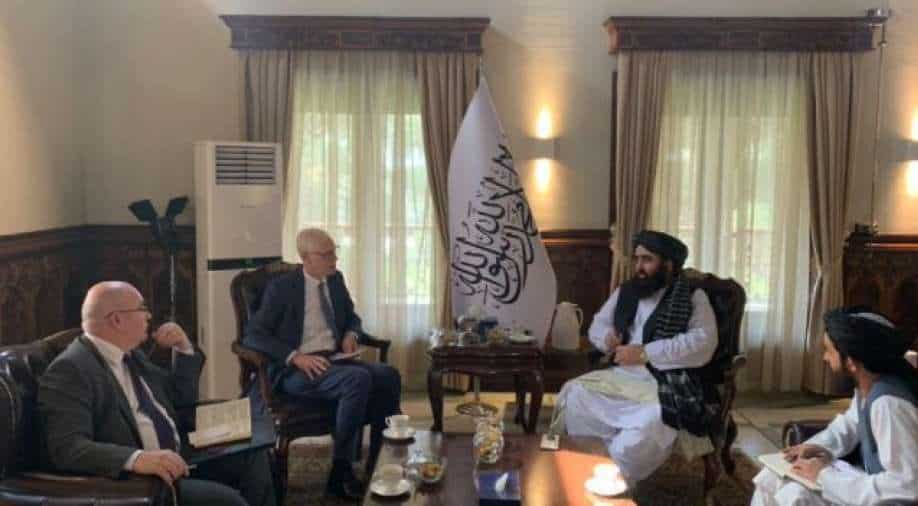 British Prime Minister Boris Johnson's special envoy met Taliban leaders in Afghanistan to discuss the humanitarian crisis and ways to prevent the country from becoming an incubator for militants.

Back in Kabul with Sir Simon Gass for serious and substantial discussions with the Taliban leadership. A wide range of issues covered - including the humanitarian crisis, terrorism, the importance of safe passage for UK & Afghan nationals, and rights of women and girls. 1/2 pic.twitter.com/1tRt8iAHMA

They "discussed how the UK could help Afghanistan to address the humanitarian crisis, the importance of preventing the country from becoming an incubator for terrorism, and the need for continued safe passage for those who want to leave the country," the Foreign Office said.

Also Read: Why the Taliban’s repression of women may be more tactical than ideological

"They also raised the treatment of minorities and the rights of women and girls."

It’s early days and, unsurprisingly, there are points of difference between us. But such difficult challenges lie ahead for Afghanistan (and beyond), it’s right to test if we can engage pragmatically and find common ground - in the interests of both the UK and Afghan peoples. 2/2

Gass was accompanied by Chargé d'Affaires of the UK Mission to Afghanistan in Doha.