Fever scare in Delhi spares no one, particularly the poor

A bunch of children playing at Nizamuddin area told me that they have skipped school as they're down with fever ("bukkhar"). Pic courtesy: Sunil Kumar Aledia Photograph:( WION )

It wasn't my first time at the slums just across the road from the Nizamuddin dargah, the mausoleum of the 13-14th century Sufi mystic Nizamuddin Auliya. Its residents, most of them from neighbouring north Indian states, have been here for at least two generations.

The eastern part of Nizamuddin, as the area is called, is a tony neighbourhood in south-central Delhi; it is the home to some of India's celebrated artists, writers and several politicians. The fever scare in Delhi this year, however, hasn't spared even the swish set.

My cameraman Ankit and I tried not to show the slum's stench on our faces as we lugged our camera equipment from the car.  Sunil Kumar Aledia, an NGO worker who accompanied us, had rushed inside the settlement to start playing with the children even before we could reach the gates. His mandate was clear; take us to shelter homes with the highest number of fever cases (chikungunya, dengue, malaria and the like) in the locality.

Before you reach the settlement, there is a state government shelter. The shelters are called Ran Baseras (night shelters). I asked a young man outside the shelter if there was anyone with chikungunya. He said, he knew a bunch of them but most of them have stepped out for their day jobs: rag picking, selling trinkets at traffic signals.

The homeless immigrants surviving in Delhi's government night shelters are the most vulnerable to chikungunya and other fevers. The 2011 census revealed that Delhi is 'home' to over 46,000 homeless people.

We shot some visuals of the shelter before moving to our next stop, a Ran Basera in the nearby Sarai Kale Khan area. It was mid-afternoon by then. A bunch of children playing there told me that they have skipped school as they're down with 'bukhaar', the Hindi word for fever. Sunil informs me that in the 197 Ran Baseras in Delhi, at least two in each shelter on an average, are chikungunya positive.

"The doctors visited the shelters regularly in the winter months of January, February and March. But after that there are no proper records and log sheets maintained," says Sunil. He then took us inside the shelter, a large, well-lit hall with shining floors. I'm not sure of the type of tiles used. Nine-year-old Prabhu is one the children who've skipped school today.  He and his mother have classic chikungunya symptoms; joint pains, rashes and fever.

"The doctor visited this place 10 to 15 days back," says Guddi, Prabhu's mother. Another woman, Kusum, tells me the doctor visited the shelter about five months back. This is happening even when the Delhi Urban Shelter Improvement Board has asked the health department to send their doctors to the night shelters for the homeless at least twice a week.

Guddi has gotten chikungunya tests neither for herself nor her son. "I don't go to the doctor because he takes blood and I am scared of that. My son will be hurt," she says. She said that she pops paracetamol from the common first aid box. She returns to her chores once we finish recording her interview.

Anybody can be bitten by a disease-carrying mosquito. But unlike the residents of Nizamuddin East, the shelter residents' hand- to - mouth existence doesn't let the to rest their way to recovery.

Ironically, I return to my newsroom to overhear chikungunya-positive colleagues exchanging notes on what diet one must follow to live through the debilitating disease. 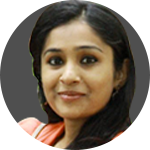 The writer is WION's correspondent in New Delhi. She has reported extensively from the southern part of India. Her pet subjects are gender, human rights and health.