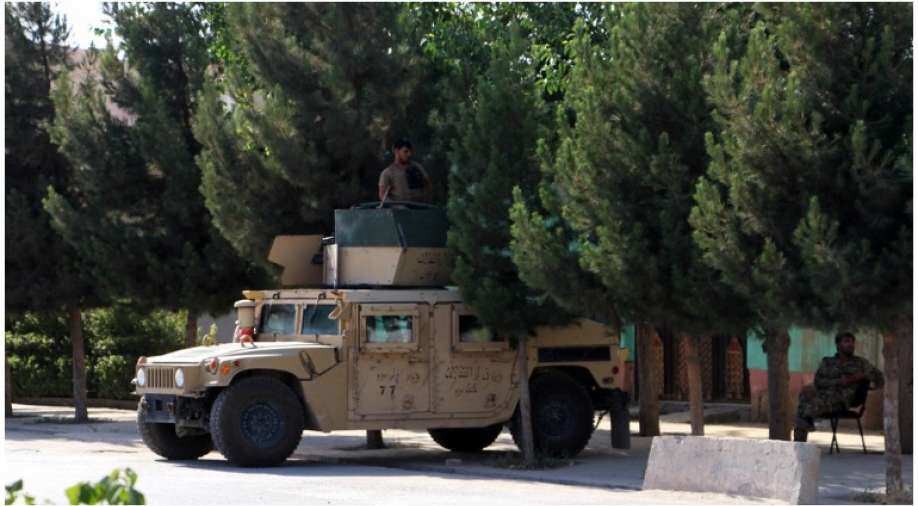 Afghan security forces stand guard on a Humvee vehicle along a roadside in Kunduz on June 22, 2021. The Taliban captured Afghanistan's main border crossing with Tajikistan, officials said on June 22, with security forces abandoning their posts and some fleeing across the frontier Photograph:( AFP )

There was fear in the northern Afghan city of Kunduz as residents prepared for a siege by Taliban. The insurgents have surrounded Kunduz. Government forces are patrolling the streets.

Taliban have held Kunduz twice in recent years. The occupation was brief both times. This time, Taliban have captured the surrounding districts and main border crossing with Tajikistan.

"The Taliban have besieged our city," said Qudratullah, a fruit seller who has done hardly any business since fighting first erupted in Kunduz province two weeks ago.

"Even today there is sporadic fighting on the outskirts of the city," said Qudratullah, who like many Afghans uses only one name.

"If the government does not launch an operation against the Taliban, their siege will continue for a long time."

Most businesses in Kunduz remained shut and vehicles stayed off the roads, an AFP correspondent who toured the city reported.

New government forces were deployed in the city and dozens of military vehicles patrolled the streets. The population of the city has swelled due to an influx of rural residents fleeing fighting in the districts

Troops were seen firing sporadically at Taliban positions, and the bodies of two insurgents lay on the ground on the eastern edge of Kunduz.

The city's public health director told AFP that since the fighting erupted a week ago, 21 civilians have been killed and 225 wounded.

Residents said they were suffering from water and power cuts, and few shops were open.

Kunduz resident Hasib said he feared the Taliban would soon launch a major offensive on the city.

"We don't feel safe... We have seen the Taliban capture the city twice before, and we do not want the city to fall again to them," he said.

Fighting has raged across Kunduz province for days, with the Taliban and Afghan forces engaged in bloody battles.

On Tuesday the insurgents captured Shir Khan Bandar, Afghanistan's main border crossing with Tajikistan, in one of their most significant gains in recent months.