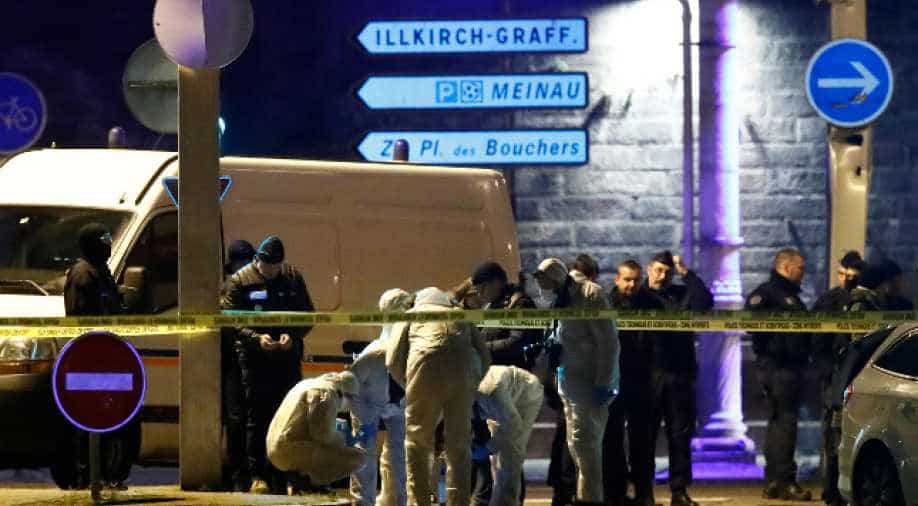 "He was going to see the Christmas market and -- in front of his children -- he took a bullet," one of his cousins told AFP.

Hundreds of people turned out Friday for the funeral of Kamal Naghchband, a father-of-three who fled violence in Afghanistan only to be gunned down and killed in this week's Strasbourg Christmas market attack.

Naghchband, 45, had fled strife in Afghanistan to build a new life in France but became one of four people killed when a jihadist gunmen attacked the market in the northeastern French city on Tuesday.

"He was going to see the Christmas market and -- in front of his children -- he took a bullet," one of his cousins told AFP.

Described by relatives as friendly and something of a joker, Naghchband survived a day in hospital in a coma before succumbing to his wounds.

He was the joint manager of a garage near the Strasbourg mosque where he would go to pray and where his funeral was held on Friday.

"Our brother martyr Kamal tells us 'enjoy the moments you have in this world to do good'", Imam Eyup Sahin said, standing before a coffin covered with a green cloth and a smiling portrait of Naghchband.

"Do you think that Allah allows us to kill someone? It is impossible! Islam is a religion of peace (which) no act of terrorism can represent," he said.

"The Prophet says 'he who kills a person, it is as if he had killed all humanity," continued the Imam.

"The best human being," he added, is not "the one who is most helpful for Muslims, for Jews, Christians or atheists, but for all humanity".

Naghchband had lived in France for around 20 years. According to his Facebook page, he was from Kabul and studied in Mazar-i-Sharif, in the north of the country.

"He was charismatic, kind, and joked with everyone. People didn't go to his garage just to have their car repaired but to have coffee with him," said one relative.

"He was very welcoming."

After prayers, held in the courtyard of the mosque, Naghchband's body was covered with a French flag and carried before a large crowd of mourners to a cemetery in the south of the city.

One unnamed mourner described Naghchband as a force for good, whatever ills befell him.

"Whatever bad things were done to him, he only ever did good."