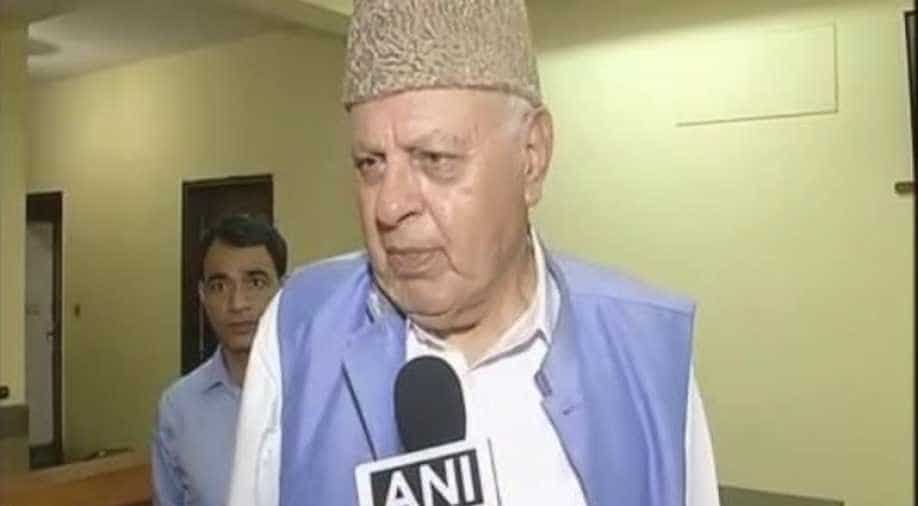 The meeting assumes importance in the wake of ongoing Kashmir crisis and the tough stand taken by the Centre against the separatists in the valley. Photograph:( Twitter )

Former chief minister and cabinet minister in UPA Farooq Abdullah meeting with the Prime Minister Narendra Modi on Tuesday has set the cat amongst the pigeons in Lutyen’s Delhi. Highly-placed sources in the government confirmed the meeting between them but remained quiet on the time they spent together.

Sources indicated that Farooq Abdullah discussed Kashmir crisis with the Prime Minister Narendra Modi apart from presidential elections. The meeting assumes importance in the wake of ongoing Kashmir crisis and the tough stand taken by the Centre against the separatists in the valley.

What is even more significant is that Abdullah senior has had a one to one with the Prime Minister when Congress president Sonia Gandhi is trying to build a national front against BJP’s presidential candidate. In this regard, Sonia Gandhi had met a number of regional leaders in Delhi.

Of late, Abdullah senior had taken a very tough stand against the Centre and had spoken in softly about the stone pelters and the separatist.

Many in the BJP attributed it to campaign compulsion and a strategy to corner PDP in the valley. Sources in the BJP indicated that it was Farooq Abdullah who had sought the appointment from Prime Minister Narendra Modi.

For now, PDP-BJP governments stand firm and chief minister Mehbooba Mufti continues to reaffirm faith the in the leadership of Modi in solving the problem of Jammu and Kashmir. But Farooq Abdullah meeting the Prime Minister is an indication that regional parties in the valley continue to engage with the idea of Modi and would deal with the Prime Minister independent of its alliances or ideological commitments.