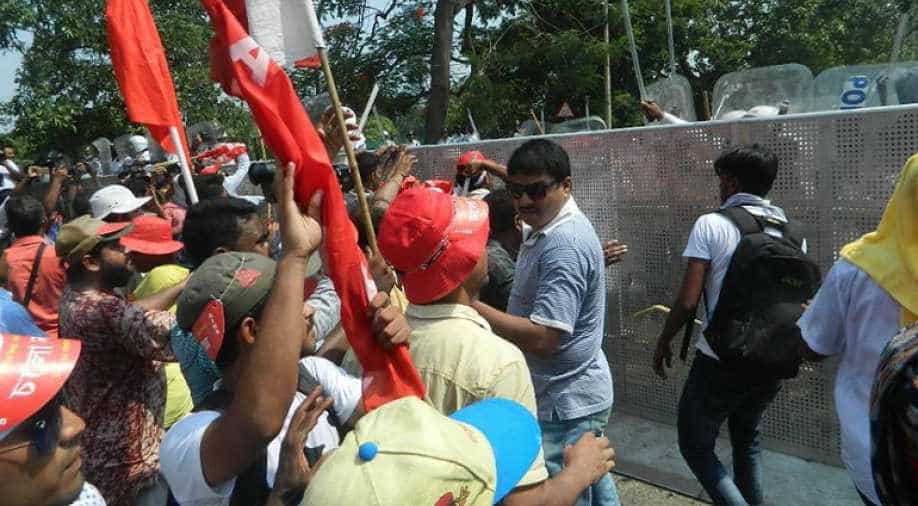 A demonstration over Trinamool Congress government's alleged anti-farmer policies turned violent on Monday with hundreds of protesters clashing with police in India's eastern city of Kolkata.

The peasant and farmers unit of the Left Front had given a call for a march to the state secretariat, Nabanna, demanding that the farmers be given fair price for their produce and release of all those involved in the anti-land grab agitation and atrocities on women and children.

A thick security blanket has been thrown around the state secretariat and all its entry points have been blocked.

Left MP Mohammed Salim lashed out at the Mamata Banerjee government saying she had turned the state into a police state.

An injured person after being allegedly beaten by police in Kolkata. (Facebook)