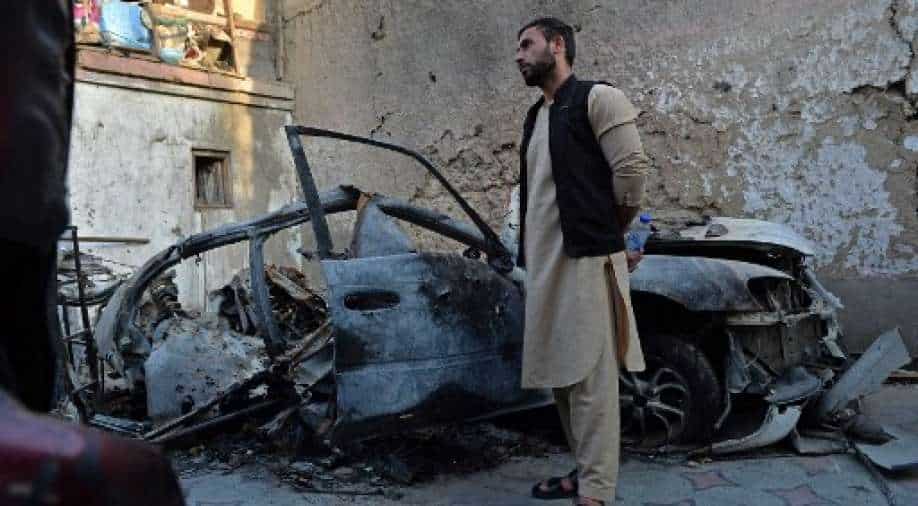 Ezmal Ahmadi wants compensation from the US for the drone strike in which 10 of his family members were killed Photograph:( AFP )

Emal informed that five children were inside the car and some were around the car when the US drone strike took place.

As US defence secretary Lloyd Austin apologised for the drone strike in Kabul that mistakenly killed ten civilians, including children, WION's Anas Mallick visited the house of Emal Ahmadi whose brother and children were killed in the airstrike.

Emal Ahmadi, whose brother & children were killed in an airstrike by the US in Kabul, has said he wants the US to compensate for his loss @eriknjoka talks to @AnasMallick to bring you the details

The US drone strike was conducted on August 29 as the evacuation was taking place in Afghanistan just days after the ISIS-K suicide attack in which 13 US service members were killed including several Afghans along Kabul airport.

Emal thanked WION for coming to the spot while showing the damaged vehicle. Emal lost ten family members including his own daughter. US General Frank McKenzie conceded that seven children were killed in the airstrike.

McKenzie said it was "unlikely" that those who died in the car were associated with ISIS-K terrorists while expressing condolences to those who were killed during the strike.

"This strike was conducted in the earnest belief that it would prevent an imminent threat to our forces and the evacuees at the airport, McKenzie added, "but it was a mistake", he said.

"As a combatant commander, I am fully responsible for this strike and its tragic outcome," McKenzie said.