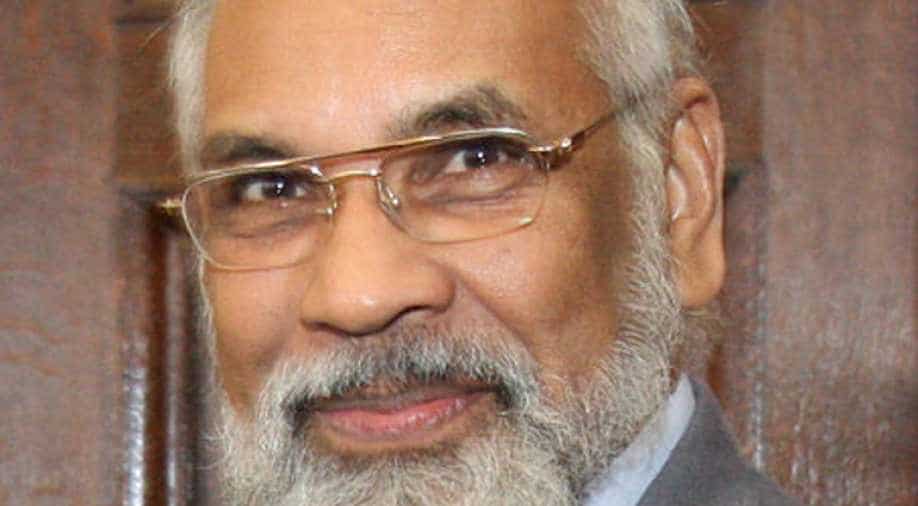 PRS: Justice CV Wigneswaran, it's a pleasure to see you again. You met with India's Prime Minister Narendra Modi at a dinner hosted by Sri Lankan President Maithripala Sirisena last week. What was your impression of Mr Modi - anecdotal, personal, whatever else you can tell us?

CVW: Well, I had no occasion to meet and discuss, except to exchange pleasantries. But I have met him earlier when he came to  Jaffna and I have very pleasant memories of that visit. I went with him to some of our temples and had the occasion to open  certain housing schemes etc. But even earlier, I had the occasion to hear of PM Modi as chief minister of Gujarat from Gujaratis when I visited  the state. They had a very high opinion of him. I have found that he is a very good administrator, focused in all that he is doing and  a very disciplined person. As a Hindu, I am also taken up by the way in which he lives his life -getting up early in the morning, doing his yoga and so on. So my assessment of him is very very positive and I have no doubt that he will take India to great  heights, both economically and otherwise.

PRS: Indian governments have so far focused on the religious and ethnic links between Indian Tamils and those in Sri Lanka. PM Modi is now addressing the majority Buddhists. He was in Sri Lanka for the biggest Buddhist festival: Vesak..

CVW: Well, Buddha is not foreign to Hindus. He is venerated as an avatar of Vishnu. So we don't feel any antipathy towards  Buddha. Hon'ble Modi visited the Northern Province so what is wrong with his visiting Dalida Maligawa (the Temple of The Tooth  Relic in Kandy), on this visit? I don't think there is any shift in policy towards us Northern and Eastern Tamils. In fact it is good  because the goodwill of the Buddhists (Sri Lanka's Sinhalese majority) is very necessary for the resolution of our conflict and he  cannot be seen as partial towards only one section of the people in Sri Lanka. And don't forget, India stood guarantee for the  Tamils during the signing of the Indo-Sri Lanka peace accord of 1987. So they still have a responsibility towards us. I don't think  there is any shift in India's policy from Tamil Northern and Eastern Sri Lanka to the Buddhist South..

PRS: In Dickoya, PM Modi gifted a 100-bed hospital to Sri Lanka's other community of Tamils: those who were brought to work on the tea estates by the British in the mid 19th century. Please describe the relationship between you Northern and Eastern "Eelam" Tamils whose origin lies in ancient South Indian kingdoms, and that ethnic group known as Indian Origin Tamils (IOTs)?

CVW: Politically, we do not distinguish between IOTs and North-Eastern Tamils. We look upon both the IOTs and also Muslims  as Tamils of north-eastern Sri Lanka.  Of course, there may be social differences but that is common in all societies and depends  on one's station in life, the work one does and other criteria. Many IOTs became citizens of the Northern Province since 1977 or  so. So they are now a part and parcel of the North-Eastern Provinces.  They are our people and I don't see anything wrong with PM  Modi visiting them. During the 30-year civil war, they too suffered a lot. Quite a lot of them belonged to some of the militant  movements. So we don't think in any different way about them.

PRS: Nevertheless, are you concerned that this very obvious shift in India's focus away from Jaffna towards the Sinhalese-majority South may mean that India's support for the so-called Sri Lankan Tamil 'cause', which is essentially for greater autonomy  and greater devolution, may be dwindling?

CVW: India stood guarantee on our behalf in 1987 and that responsibility still exists. Even more so now when reconciliation is  forthcoming and India has to be acceptable to all communities in Sri Lanka. And if he could have come earlier to the Northern Province, what's  wrong in his going to the IOTs Upcountry Tamils this time?

PRS: Sir, could you please enunciate how the Northern Province and all Tamils in Sri Lanka would like India to shape its relationship with Colombo and also with Jaffna from now on?

CVW: India is our big neighbour. Their economy is thriving. They need to help their neighbours. But they also have a geopolitical  problem: the Chinese influence in the South Asian region. We would expect a country as close as India to help us. We have a  number of projects which were drawn up earlier but which were either abandoned due to the war or discontinued for other  reasons. We want those things to be brought back again especially with regard to the airport in Palaly, the Kankesanthurai harbour,  the Dhanushkodi-Thalaimannar ferry service. These were all there earlier and it would now help both countries if they were  resuscitated. Bringing them back to life will not only help the Tamils of the North and East but also the Sri Lankan government in  Colombo. A regional airport and two harbours in the North and East - Kankensanthurai (KKS) and Mullaithivu on the north-eastern  coast will be useful. At one stage, Mullaithivu catered to 1/3rd of the fishing needs of the entire island-nation. Reviving all these will be  beneficial to India, Sri Lanka and the Tamils of the North and East.  Both Sinhalese and Tamils want India to be a helpful big  brother.

PRS: In one of your responses earlier, you used a word I found curious. The bloody separatist war is long over and yet you said you want India's help to resolve a 'conflict'. Yes, I am aware that there is still a sort of an unseen divide between Colombo and  Jaffna but what exactly do you mean by 'conflict'? And given that it's a domestic matter, how could India help there?

CVW: There is inbuilt suspicion and hatred between the North and the South of Sri Lanka.That has been brought about, I dare say,  by the politicians. When Tamils asked for a federal system of government in the early fifties, Sinhalese leaders  painted federalism  as separation. In fact, federalism brings people together rather than separate them. So either they did not know or they did not  choose to know that federalism is not separation. We are now trying to bring about a federal constitution because we have been  discriminated against and because we should be able to live in dignity with each other, in camaraderie and also within the same  country. So we are not asking for separation. The Sinhalese masses must be taught the benefits of power-sharing. The word  'federalism' must be introduced into our constitution as a word because we have judges capable of saying that since 'federalism' is  not in the constitution, it means we are still under a unitary one. That is how the Northern and Eastern Provinces of Sri Lanka,  which were merged, were unmerged by our judges. So if the Sinhalese masses can be re-educated about the benefits that will accrue  by having maximum power-sharing in the North and East, I am sure it is possible for this country to live together as one country.

PRS: Still, what could possibly be India's role there?

CVW: That is precisely where India could help. India is acceptable to both communities so India would be in a position to do so.  Further, India gave us the 13th Amendment (a Rajiv-Gandhi authored amendment to the Sri Lankan constitution that envisages  maximum autonomy for Sri Lankan Tamils), India stood as guarantor for the Tamils when it signed the Indo-Sri Lanka Accord of  1987. So there is responsibility on part of India as well as expectancy on part of all citizens of Sri Lanka - except the most extreme  sort - that it is India that could forge a relationship between the two communities in order to give recognition, dignity, equality and  equity for the people of the Northern and Eastern region.

PRS: Then that must have been quite an animated discussion you had with PM Modi at dinner the other night...
CVW: No. I was at the far end of the table from him, so we had no occasion to discuss any politics. But we did talk about some  of this when he last visited the Northern Province.

PRS: And what did he say?

CVW: Well, PM Modi is very careful. He doesn't share his preferences. But he was and is a keen listener. That's all I can say.