Ex-top China diplomat: Border dispute can be solved if India gives up Tawang 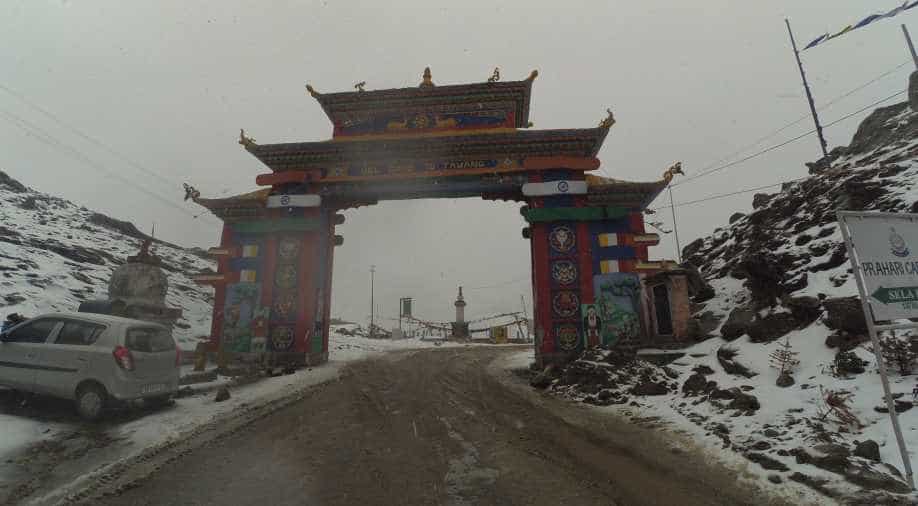 The former diplomat, Dai Bingguo, served as China?s boundary negotiator with India from 2003 to 2013. Photograph:( WION )

The border dispute between China and India can be resolved if New Delhi accepts Beijing’s claim over the strategically vital Tawang region in Arunachal Pradesh, China’s former top diplomat has said, but Indian officials dismissed it as neither practical nor possible. Dai Bingguo, who served as China’s boundary negotiator with India from 2003 to 2013, told Chinese media, “If the Indian side takes care of China’s concerns in the eastern sector of their border, the Chinese side will respond accordingly and address India’s concerns elsewhere.”

Elaborating China’s stand, Dai who conducted border talks with five Indian Special Representatives starting with Brajesh Mishra in 2003 said, “The disputed territory in the eastern sector of the China-India boundary, including Tawang, is inalienable from China’s Tibet in terms of cultural background and administrative jurisdiction.”

He said that colonial British government which drew the “McMahon Line” accepted Beijing’s claim on Tawang. China has rejected “McMahon Line” in India’s case but accepted it in settling boundary dispute with Myanmar. “Even British colonialists who drew the illegal McMahon Line respected China’s jurisdiction over Tawang and admitted that Tawang was part of China’s Tibet,” Dai told the China-India Dialogue magazine.

Dai was China’s top diplomat and held the post of State Councillor in the previous Hu Jintao administration. His interview was published by the magazine in its January edition ahead of India-China Strategic Dialogue held here last month co-chaired by Foreign Secretary S Jaishankar. Dai, regarded as a wily negotiator, did not specify where China is willing to make a concession along the 3,488-km long Line of Actual Control (LAC).

If the Indian side takes care of China’s concerns in the eastern sector of their border, the Chinese side will respond accordingly and address India’s concerns elsewhere

He also did not specify this in the book he wrote in Chinese language on the border talks. Indian officials, however, said Dai’s proposal is neither practical nor possible for India to accept considering that Tawang is an integral part of Arunachal Pradesh and has sent representatives to Parliament in every election since 1950. In his interview, Dai said essential nature of the China-India boundary question is the “need to correct wrongs” made by colonialists and to restore fairness and justice.

“For historical reasons, India now controls the majority of the disputed territory. The boundary question was not created by China or India, so we shouldn’t be inheriting it and letting the ghosts of colonialism continue to haunt our bilateral relations,” he said. Though published afresh in Chinese media, Beijing has been making such a demand for concession for long. Former National Security Advisor Shivshankar Menon who was India’s Special Representative for border talks and held several rounds of talks with Dai until the present NSA Ajit Doval took over in 2014, has mentioned the issue in his recently released book “Choices: Inside the Making of India’s Foreign Policy”.

While China demanded concessions in the Western sector before the 1962 war, it changed the line to East after 1980s. “Chinese officials began saying in the 1980s that Beijing would compromise only if India made major adjustments first, adding that once India indicated concessions in the East, China would indicate concessions in the West,” Menon wrote in the book.
“In 1985, China specified that the concession it was seeking in the East was Tawang, Arunachal Pradesh, something that any government of India would find difficult to accept, as this was settled area that had sent representatives to every Indian Parliament since 1950,” he wrote. “The Indian Supreme Court also held in the Berubari case in 1956 that the government could not cede sovereign territory to another government without a constitutional amendment, though it could make adjustments and rectifications in the boundaries of India,” Menon wrote in the book, highlighting India’s problem in accepting China’s demand.

Apparently China’s stand on the border settlement was different earlier lacking consistency. Menon wrote that former Chinese Premier Zhou Enlai during his visit to India in 1960 “suggested that China might recognise the McMahon line boundary in the East in return to India accepting China’s claim in the West” to provide strategic depth for China along the Aksai Chin road between Xinjiang and Tibet, which is now China National Highway 219.

Menon said India for the first time had Chinese troops at the border only after the People’s Liberation of Army (PLA) took control of Tibet. After the occupation of Aksai Chin area in the 1962 war, China’s stand reported to have changed.