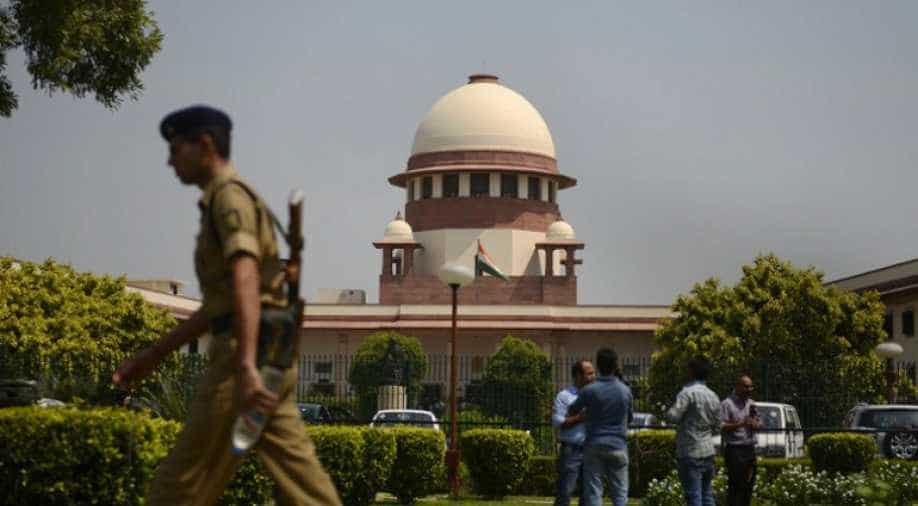 The court was acquitting in-laws of a woman who was found hanging in her matrimonial house in 1996. Photograph:( AFP )

The presumption of culpability against an accused in a dowry death case under the Evidence Act would be "activated" only when there is a proof that a deceased woman had been subjected to cruelty for demand of dowry, the Supreme Court has ruled.

In a major verdict, a bench of Justices Dipak Misra and Amitava Roy has said if prosecution fails to prove by coherent evidence that an accused charged in a dowry death case has harassed the woman to demand dowry, the person cannot be held guilty by taking refuge of presumption under the Act.

"The presumption (under section 113B of the Evidence Act) as to dowry death thus would get activated only upon the proof of the fact that the deceased lady had been subjected to cruelty or harassment for or in connection with any demand for dowry by the accused and that too in the reasonable contiguity of death," the bench said.

"Such a proof is thus the legislatively mandated prerequisite to invoke the otherwise statutorily ordained presumption of commission of the offence of dowry death by the person charged therewith," it said, while acquitting some in-laws of a woman who was found hanging in her matrimonial house in 1996.

The provision to secure convictions in dowry death cases was inserted in the Evidence Act, which provides that instead of presumption of innocence, the accused would be presumed prima facie guilty in such homicides if a woman dies within seven years of marriage and there is proof of cruelty.

The petitioners, who were initially acquitted by the trial court, had approached the apex court against their conviction by the Madhya Pradesh High Court under sections 498-A (husband or relative of husband of a woman subjecting her to cruelty) and 304-B (dowry death) of the IPC.

The husband of the deceased woman had committed suicide in June 1998 when the case was pending before the trial court.