Does PM Modi need a course correction in J&K? 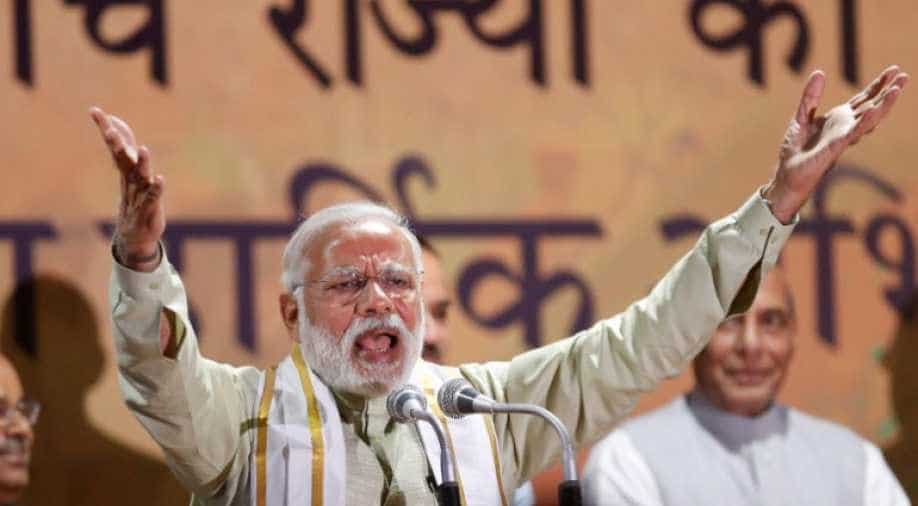 PM Modi on a visit to Kashmir in March had urged the youth of the state to adopt development over terrorism, however, after Election Commission's decision to defer bypolls in Anantnag, does Modi's Kashmir policy need a course correction?

The order of the Election Commission to defer bypolls in Anantnag district of Jammu and Kashmir is a scathing statement on the state of the BJP-PDP government. J&K has witnessed large-scale violence over the past one year and civil administration in south Kashmir has almost collapsed.

The order of the Election Commission states that J&K CEO admits that in Srinagar the number of law and order incidents have increased and more than 80 cases of stone-pelting incidents were reported after 10th April.

The order notes that CEO has informed that two major terror incidents took place in last 21 days which resulted in a loss of life and damage to property. The order also records that the state administration too requested for the bypoll to be held after October 2017 because anti-national elements have launched an extensive social media campaign to organise the youth of the state and threaten the public, political workers and families of the police officer.

The order also states that MHA also expressed its inability to meet the requirement and instead of much needed 687 companies, MHA could only supply additional 250 companies. The order further states that PDP’s Anantnag candidate Mufti Tassaduq Hussain also submitted before the Election Commission that bypolls will further vitiate the atmosphere in the valley and requested the polls to be deferred.

It notes that Chief Secretary in his report dated 10th of April states that polls might witness large scale violence and may also result in an even lower voter turnout. The Chief Secretary of Jammu and Kashmir informed the Commission that burning of schools and panchayat ghars which were designated polling station have taken place with reports of militants harassing policemen and their families to generate an environment of insecurity and fear in the valley.

The order of the Election Commission not only describes the dismal condition in the valley but it is also an admission of a complete breakdown of civil administration in Kashmir.

“Taking note of the fact that no immediate improvement in the law and order situation is in sight, the Commission is of the considered opinion that this is not the opportune time to continue with the exercise of the conduct of the bye-election from Anantnag parliamentary constituency,” the Commission stated.

Lastly, the state government was also of the view that since a large number of troops will be redeployed for Ramzan and Amarnath yatra, hence the bye-election should be deferred.

To top it the state government admitted that Anantnag, Pulwama, Kulgam and Shopian which constitute Anantnag PC were the worst affected during the last year’s law and order disturbances and many militants actively operating in the area may also join violent stone throwing crowd to fuel the cycle of violence.

The Commission observed that majority of representatives of political parties also advocated for the polls to be deferred.