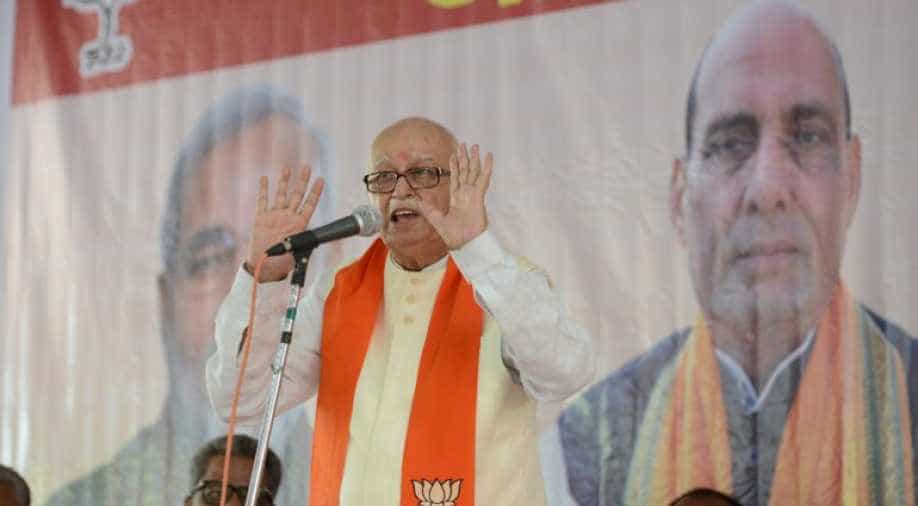 In photo: LK Advani delivers his address during a BJP gathering on April 5, 2014. Photograph:( AFP )

India's parliament remained deadlocked over the demonetisation issue as the government and opposition parties traded blows on the penultimate day of the Winter Session on Thursday.

The ruckus at the parliament pushed veteran lawmaker LK Advani to say that he contemplated retiring. He said it would be a defeat of the parliament if the contending blocs did not debate the federal government's plan to flush out mid to high-value currency notes.

India's Congress party, which is spearheading the opposition's vociferous resistance to the policy, demanded that a Joint Parliamentary Committee be set up to probe into the rationale behind the sudden replacement of banknotes.

Meanwhile, Indian courts will hear various cases pertaining to demonetisation, despite the governement's petition seeking a stay on all pending cases.

Octogenarian leader Advani was particularly anguished about the continuing gridlock in the parliament as opposition parties and the government indulged in Punch and Judy politics to force the Lower House to be adjourned.

"If it does not happen and Parliament is adjourned sine die without discussion (on demonetisation), it will be considered a washout," he was heard saying to his party members -- the ruling Bharatiya Janata Party (BJP).

"Mujhe toh lagta hai resign kar jaunga,” he said in Hindi, which translates to: I feel like resigning.

Advani served as the deputy prime minister of the country during Atal Bihari Vajypayee's regime from 2002 to 2004.

While the opposition parties belligerently protested the government's demonetisation policy, the latter retaliated by raking about an infamous bribery scandal that affected a few of the dissenters in the parliament.

The opposition parties resorted to high-decibel sloganeering, demanding a discussion on demonetisation. But the government accused them of hindering a parliamentary discussion.

Meanwhile, in the Upper House of Indian parliament, senior Congress leader and Rajya Sabha member K Rehman Khan said demonetisation helped the rich and that a probe should be initiated into it.