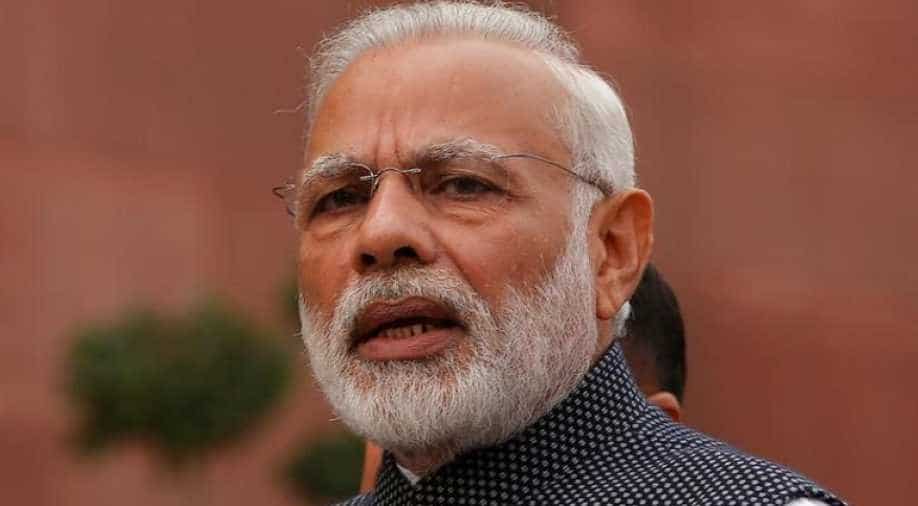 It is still unclear what will be done with the details once they are furnished, whether for example they will be made public. Photograph:( Reuters )

Prime Minister Narendra Modi has asked all BJP lawmakers -- both MPs and MLAs -- to furnish all details of their bank transactions between November 8 and December 31 to party president Amit Shah.

The prime minister had on November 8, unexpectedly, announced that the country's 500- and 1,000-rupee notes would cease to be legal tender from midnight that day.

The move, he said, would unearth the black or illegal money floating in the Indian economy, and would also curtail terror funding.

While the announcement caught the entire country by surprise -- and led to a fair amount of panic -- the Opposition has since accused the BJP of having tipped off industrialists and thier own partymen about the move. They point to media reports about the BJP buying large tracts of land in the state of Bihar just before the announcement as proof.

ANI, citing sources, said the bank details will have to be furnised by January 1.

It is still unclear what will be done with the details once they are furnished, whether for example they will be made public.

The demonetisation of the two notes took 86 per cent of the cash in circulation then out of the economy.

It also led to tremendous hardship, considering 90 per cent of all transaction in India are conducted with cash.