Demonetisation: Lines get long but Indians committed to weed out black money 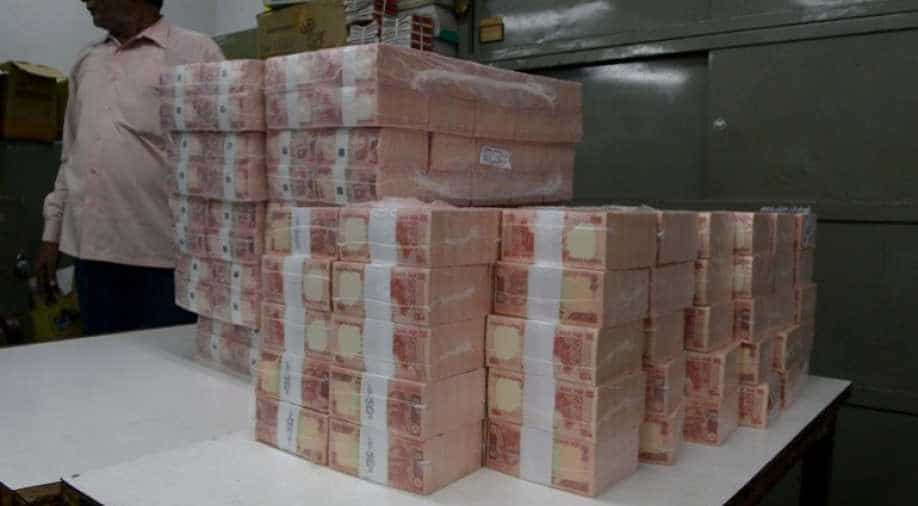 In photo: Coal trucks make their way through town on April 14, 2011 in Lad Rymbai, in the district of Jaintia Hills, India. (Representative image) Photograph:( AFP )

Thousands of trucks plying goods and daily necessities have been stranded across Indian roads owing to cash shortage following the government's demonetisation move.

The delivery of day-to-day goods to consumers and businesses thus stands hampered, likely to snowball into a major goods shortage situation in the market.

Indian Prime Minister Narendra Modi last Tuesday announced that notes in denominations of Rs 500 and Rs 1,000 will be banned with immediate effect.  The demonetisation move is intended to clamp down on hoarders of black money and forged currency, the prime minister had said.

Ninety per cent of the around three million trucks used by logistics firms and transport fleet operators have been stuck for the last two days as petrol pumps, state highway toll booths and roadside eateries refuse cash payments in the banned denominations.

This is likely to delay delivery of commodities, vegetables, pulses and other products across the country causing a price spiral.

A total of 10 million commercial vehicles ply on India’s roads. Three million of these ferry between cities and towns, a report in India's business daily Business Standard said.

An officer of an Indian transport firm said that while the lobby was in support of demonetisation, transporters should have been given more time to manage their cash.

It was announced that hospitalisation charges at government hospitals, ticket counters at state-run bus services and railways and petrol pumps would accept the obsolete notes up to November 11 and was further extended to November 14.

However, the instructions are not been followed in small towns and across roadways in towns and villages.

The Business Standard report said that more than 15 km of some highway stretches are lined with trucks, some of them stuck for a two days due to lack of cash.

Truck drivers are usually given a large sum of money in advance for long-distance travel. But many fuel outlets are refusing to accpet the banned currency, a source in a trucking company told the business daily.

The roadside eateries too are refusing to accept cash.

The government has suspended toll collection at national highways but state highway booths are asking for toll and not accepting the invalid notes.

About 80 per cent of the trucking industry is dependent on cash and thus the cash crunch directly hampers their business.

The All India Motor Transport Congress (AIMTC) on Saturday had demanded increasing the cash withdrawal limit to Rs 20,000 per day for the truck drivers.