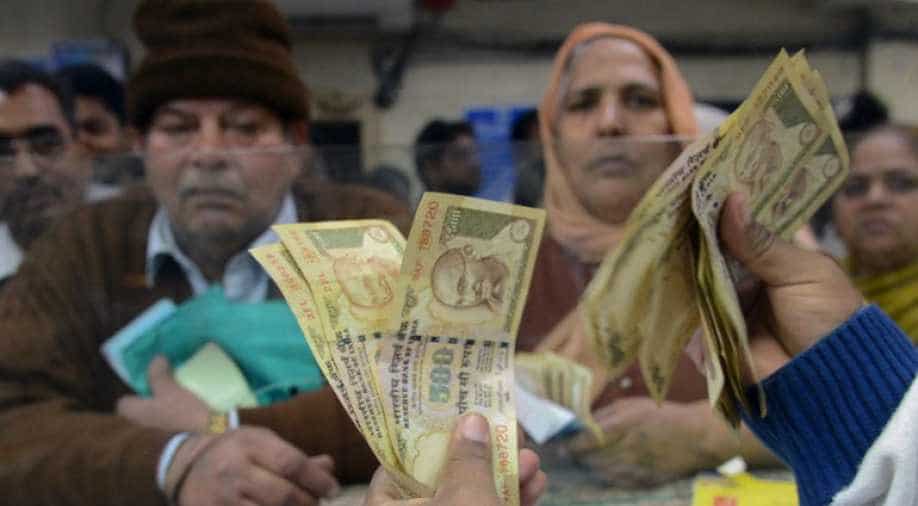 The announcement by PM Modi threw India's cash-dependent economy into turmoil and triggered a mad rush among people with undeclared, unaccounted cash to exchange old notes or use them to buy gold and luxury items. Photograph:( AFP )

With Indians queueing up in front of automated money tendering machines following Prime Minister Narendra Modi's demonetisation announcement, the government has been mulling over the issue to resolve citizens' woes.

The federal government has been reviewing the issues related to cancellation of legal tender character of old Rs 500 and Rs 1,000 notes.

At a cabinet-level meeting held today, the government approved the amendments to new tax laws.

The cabinet also discussed implementation of cashless transactions with all the ministries assuring to promote e-payment in respective sectors, sources told WION.

E-wallet and gateways like unified payment interface (UPI) will be promoted and should be taken to grassroots, it was discussed at today's meeting.

A road ahead for a cashless society was drawn up at the meet with e-payments being pushed going ahead.

Changes to the IT Act were also discussed to scrutinise illegal money in some bank accounts.

A bill in this regard is likely to be introduced in this winter session of the Parliament.