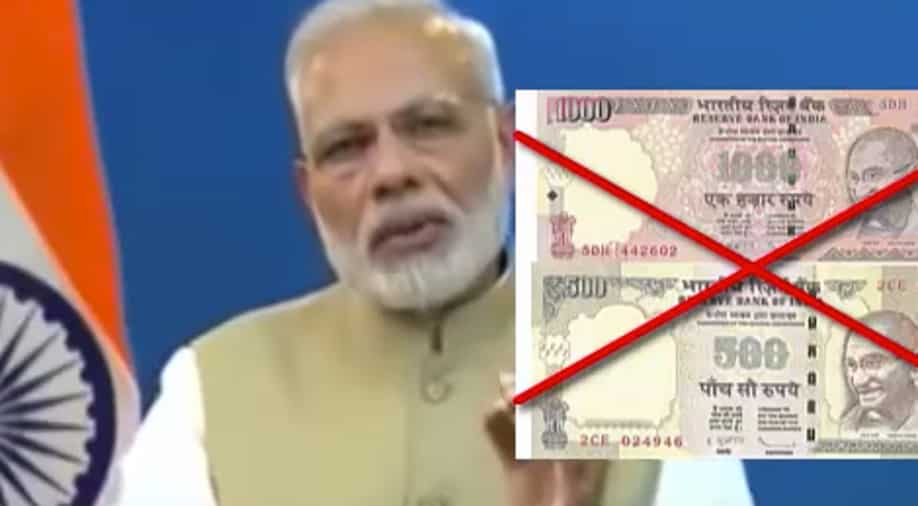 All of a sudden.

While America was voting for its 45th president and the world was keenly tuned in, the Indian prime minister informed us that within a few hours, 85 per cent of our cash in hand would be stuck. 500 and 1000, the two largest denominations of INR, could not be used except for transactions anymore except emergency ones. However, the value of the cash is not lost, they could be deposited in any bank till the end of December with some valid identification. The banks will, in turn, introduce new banknotes of denominations 500 and 2000.

The immediate response in most households is one of confusion. In social media, the judgement is knee jerk, coarse and very predictable: those who were already in support of Modi feel that this is a bold step necessary to root out corruption, while all those who have been his critics think that this is a political stunt, toothless at best and anti-people at worst. There is some truth to both sides: the need of the hour is to see what exactly are the positives and negatives, and how they stack up against each other for different sections of the society. That, perhaps, is the job of a two-handed economist.

This is indeed a bold step, more tactical than strategic. Compared to the ineffectiveness and indecision of the Congress and coalition governments of the last twenty-five years, this stands out. But some bold steps are good, some are not necessarily so (both the bank nationalisation and the promulgation of Emergency were bold steps, at most one was good).

The stated objective is to root out counterfeit money. According to this report, India has 400 crore rupees of counterfeit money in circulation, which is about 0.02 per cent of total value of cash in circulation. Make what you want of the proportion of counterfeits, their existence is a problem. Allegedly, Pakistan is injecting much of this money into India to sponsor terrorism. To that extent, this fits in with Modi’s recent tough stance on Pakistan. More importantly, counterfeit in large volumes weakens Reserve Bank of India’s control over money supply and, therefore, the government’s control over the economy. The problem, however, is that there is always a race between counterfeiters and governments, and in our subcontinent, any technology seems to be susceptible to reverse engineering. We can only hope that the new technology is sufficiently robust.

India has 400 crore rupees of counterfeit money in circulation, which is about 0.02 per cent of total value of cash in circulation

Since the existing stash of large denomination bank notes has to be declared and deposited into banks, a lot of cash not in the books will be hitherto accounted for. Only about 1 per cent of the population pays income tax, and whoever deposits this cash will now have to own up and pay his/her share of tax (and possibly face penalties in addition). That will raise revenue for the government, but will this be able to identify and book the bribe-takers? Only those who have not done either of these two: parked it abroad (the big fish) or spent it already (the small fry). Those who are stuck right now with cash stashed away under their pillows will be booked.

But this brings us to an interesting theoretical point: income is a flow, and tax evasion is a continuous activity. The scooping up of cash will simply net some unaccounted cash for now, it does nothing to prevent future tax evasion except identifying and punishing some who are stuck with the pillow in this musical chair. Some are already burning sacks of cash rather than be identified as tax evaders, and the more industrious are parking their cash in gold with backdated transactions! One would have to wait to see whether this one-time measure does enough to signal to future tax evaders that the government is serious in pursuing tax non-compliance.

On the other hand, there are immense inconveniences for the ordinary person. There are very strict limits on how much of the new money can be withdrawn from banks and ATMs per day. At this point, there is no sense of when the banking system will be equipped to serve up 15 lakh crores of shining new notes. Suddenly we have a huge liquidity crunch. As I write this, there is news of 500 and 1000 rupee notes selling in the market at a 10 – 15 per cent discount.

One must realise that a vast proportion – more than half by volume and a third by value of all transactions are pure cash transactions. This is the great Indian informal economy. For most of us, this includes all of our everyday needs like groceries, pharmacies and household services (plumber, domestic help, electrician and so on). Almost all transactions in rural India, all payments to agricultural labourers, all payments to small farmers are in cash. In the urban areas, a large number of middle income self-employed service providers and small businessmen work exclusively on cash, which provides them the ability to compete with more established competitors and survive.

The entire economy will remain in limbo till the banks are ready and the ATMs are loaded. Till that time, they are divided between accepting money that is no longer legal tender or simply do business with the limited 100 rupee notes that were available in the economy in the evening on November 8. Moreover, everyone will want to hold on to his/her stash of 100 rupee notes lest need arises. All this will have a big chilling effect on this cash-based economy till the new money supply stabilises. That will affect growth in the immediate term.

For the millions of households that collect cash at the beginning of the month to run their household expenses, things will be difficult for now. Some consumers will, of course, switch to plastic transactions. It was telling that local grocery shops closed down immediately after Modi’s announcement on November 8, while corporate retailers kept their stores open till late, even sending patrons text messages to that effect, not all families were able to do that. Even then, the middle class consumer shall be fine once the supply of new notes settles. So will the mid-sized self-employed person who lives with one foot in the informal sector and one in the formal sector.

But, for some, the travails will be more permanent. The labourer or the housemaid who does not have a bank account or even proper identification will first have to go through the sarkari hoops to get identity documents made even in order to deposit his/her cash. Till the time he/she is able to get it, she is out of business. The refugee from the other side of the border does not know where to get documents. The Adivasi who does not have a bank in his village will have a hard time. As usual, the attempt to root out corruption will spawn a profit opportunity for middlemen who will buy identification for a fee, and lend money at high interest in the meantime.

The attempt to root out corruption will spawn a profit opportunity for middlemen who will buy identification for a fee, and lend money at high interest in the meantime

At the same time, there is something to be said for getting people to have identification documents, open bank accounts. That would – in a just world – help the government target public services better without having to go through middlemen. But there can be much gentler, much less disruptive ways to do that.

In sum, this seems less bold a move when the surface is scratched and actual consequences are considered. Of course, signaling strength matters in an ongoing proxy war with the neighbouring country. Internally too, this does send out a message of strong governance. However, the collateral damage to the economic life of the common man caused by this sudden salvo seems to be out of proportion with the purported benefits. 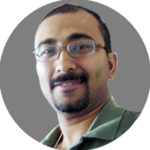