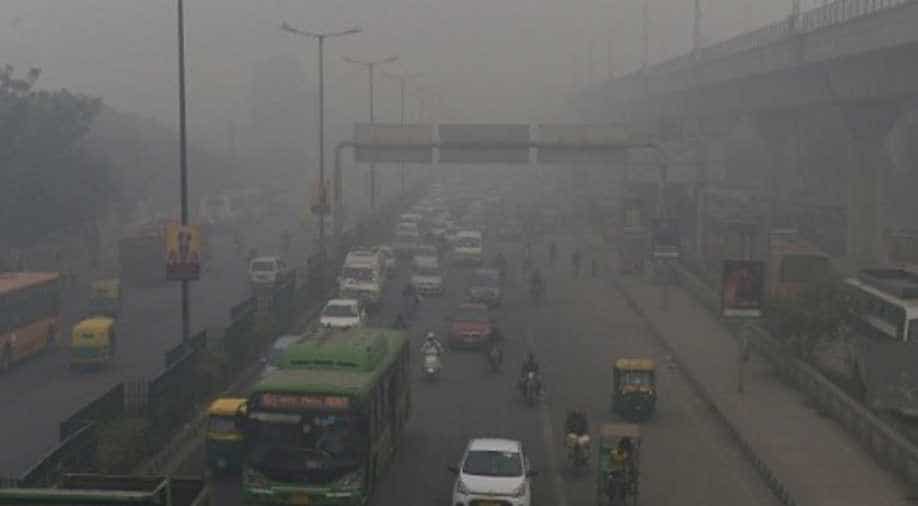 1,500 health policymakers and experts from 180 countries have flown in. Swedish delegate Martin Jeppsson said when he first looked out of the window, he though 'it was cloudy at first'. Photograph:( AFP )

A thick menacing grey haze blanketed the Indian capital today as pollution levels breached the safe limit by over 17 times at several places.

The post Diwali pollution and burning of crops around the capital has increased the respirable pollutants PM 2.5 and PM 10 to hazardours levels.

Monitoring agencies recorded "severe" quality air and advised people to avoid going outdoors. The smog brought down the visibility to around 200 metres across the city.

"Pollution has increased to an extent that outdoors in Delhi are resembling a gas chamber. Prima facie the biggest reason seems to be burning of stubble in agricultural fields in Haryana and Punjab in huge quantity," Kejriwal told a press conference.

Shutting down of schools for a long time was not a feasible solution, he said, when asked about the decision of the civic bodies to keep schools run by it closed for a day in view of pollution.

The chief minister appealed to the people to minimise the use of private vehicles and switch to public transportation facilities. He further advised that farmers should be incentivised, so that they stop burning the crops which lead to decline to qir quality.

On Friday, the National Green Tribunal (NGT) observed that the Delhi government, the central government and other officials have been apathetic to the rising air pollution level.