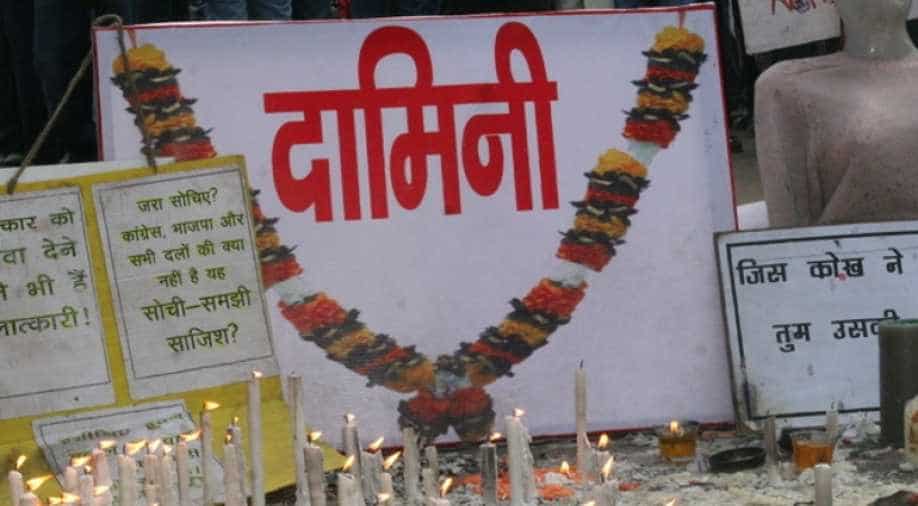 'Sakhi' centres will be a tribute to the victim of the December 16, 2012 gang-rape case. (Image courtesy: Flickr) Photograph:( Others )

The parents of Jyoti Singh Pandey, who was killed in a horrific gangrape in the Indian capital of New Delhi on December 16 in 2012, have opposed the name 'Sakhi' for the one-stop crisis-centre for women across India.

"How can the name be changed when initially such centres that were to come up across the country were to be named as Nirbhaya under the previous UPA government?" said Badri Singh Pandey, the victim's father. He further added that the name Nirbhaya is synonymous with "fight against injustice being meted out to women in their daily lives".

Sakhi centres will come up in all the 640 districts across India along with 20 additional locations. They will be one-stop crisis centre that will address the issues of injustice that women face everyday.

The programme to launch such centres was conceived as a tribute to the victim of the December 16, 2012 gang-rape case.

But her parents have alleged that the government was trying to wipe off the account of their daughter's sufferings, PTI said.

The victim's father rued that the Nirbhaya Fund, a corpus announced by Union government in 2013 budget, was not being "properly utilised" and that there still were several dark spots in the city, which needed to be lit up.

"A substantial amount of Rs 500 crore from the Nirbhaya Fund is being used on installing CCTV cameras at railway stations, but that should have been done by the Railways. Tell me, how many victims of rape have been benefited by the fund?" he asked.

The parents visited 'Gandhi Samadhi' today to remember their 23-year-old daughter, who died on December 29, 2012, at a hospital in Singapore where she was airlifted from Delhi.