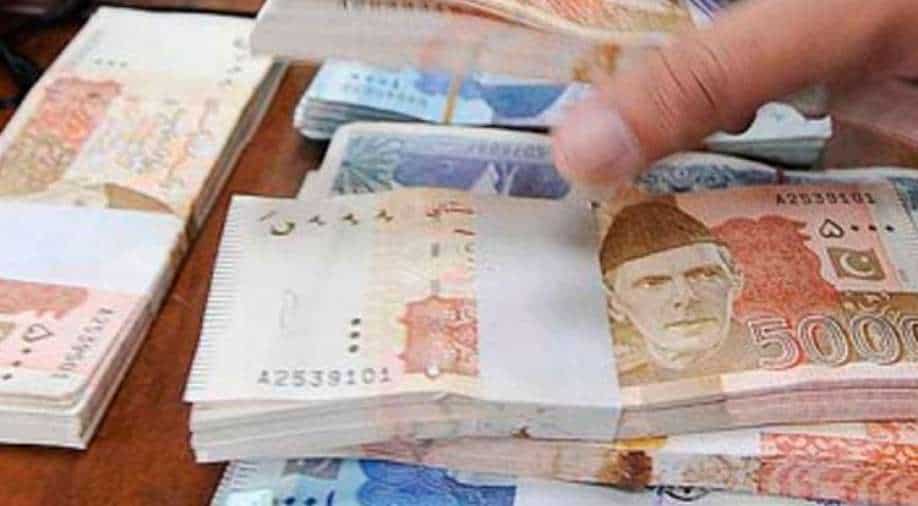 The government raised tax rate on banks to 42% from 39%, increased capital gains tax to 15% if assets sold within a year and raised withholding tax to as much as 5%. Photograph:( AFP )

Because Pakistan had departed from measures established in the last review under the multinational agency's Extended Fund Facility programme, the IMF had asked Pakistan to rectify its rising budget and current account deficits before issuing a rescue package.

Pakistan will boost taxes on the wealthy, reduce tax evasion, and privatise government assets in order to persuade the International Monetary Fund (IMF) to release bailout funds. The 220 million-strong country is in the midst of a balance-of-payments crisis, with foreign reserves sliding below $10 billion, just enough to cover 45 days of imports, and growing current account and fiscal deficits.

Miftah Ismail, Pakistan's finance minister, announced on Friday that the country's budget for 2022/23, which begins on July 1, will levy a 2% surcharge on persons earning more than 30 million rupees per year.

To cut down on fuel use, Ismail prohibited government personnel from purchasing new cars for personal or official use.

Watch | Gravitas: Pakistan can run out of cash in "less than 2 months"

Because Pakistan had departed from measures established in the last review under the multinational agency's Extended Fund Facility programme, the IMF had asked Pakistan to rectify its rising budget and current account deficits before issuing a rescue package.

The IMF has yet to approve the release of more than $900 million under its $6 billion, 39-month programme.

Ismail stated that the government would eliminate tax cheating, resulting in a 20 percent rise in revenue to 7 trillion rupees ($34.65 billion) in 2022/23 and a reduction in the deficit.

Ismail said the government will aim for a fiscal deficit of 4.9 percent of gross domestic product in 2022/23, down from an expected 8.6 percent this year.

The government has already taken one of the most important measures toward achieving the IMF's terms, removing costly fuel subsidies, by raising fuel prices by 40%.

"Budget FY23 is an attempt to satisfy IMF on key matters relating to revenue collection, subsidy reductions and attainment of fiscal discipline," said Umair Naseer from Topline Research, a brokerage.