Death toll jumps to 26 in Pakistan's marble mine collapse 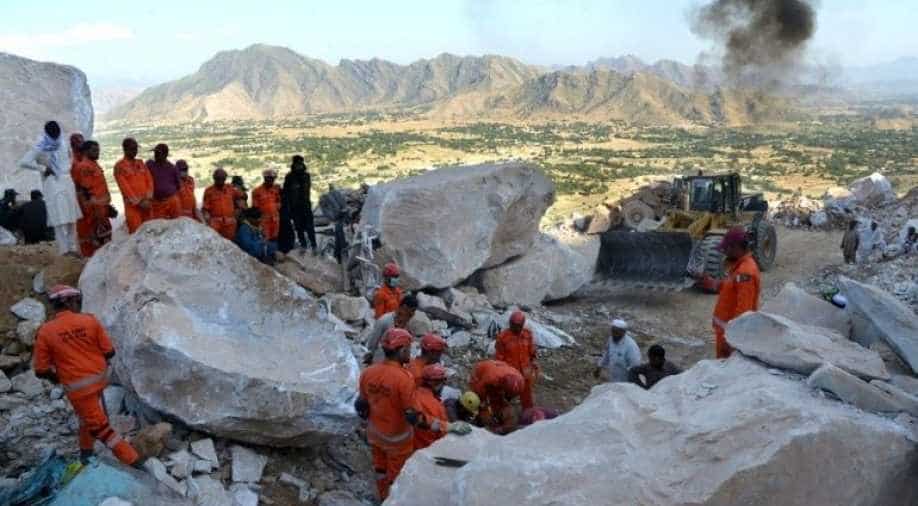 The death toll rose to 26 in the marble mine collapse in Pakistan's Ziarat Ghar mountain, even as the search for seven missing people continued on Thursday, according to media reports.

Six mines in the famed marble reserves of Khyber Pakhtunkhwa near the Afghanistan border collapsed on Monday night.

Also read | 18 killed and more trapped in Pakistan mine rockslide

The death toll rose to 26 after four of the injured died on Wednesday, the reports quoted officials as saying.

Majority of the deceased include labourers and a few others who had gathered at the foothill in Safi town, about 85 km from provincial capital Peshawar. Large boulders had rolled onto unsuspecting passersby, with the mine collapse being initially reported as a rockslide in the local media.

Around 45 labourers were busy in excavation operations when the mines had caved in, the Dawn newspaper reported.
Meanwhile, the Khyber Pakhtunkhwa government announced compensation of Rs 9 lakh for kin of the deceased and Rs 1 lakh for the injured.

Twenty-one bodies have been removed from the debris, while seven people are still missing, the Express Tribune quoted the minister as saying.