Death toll due to flash floods in Afghanistan rises to 110 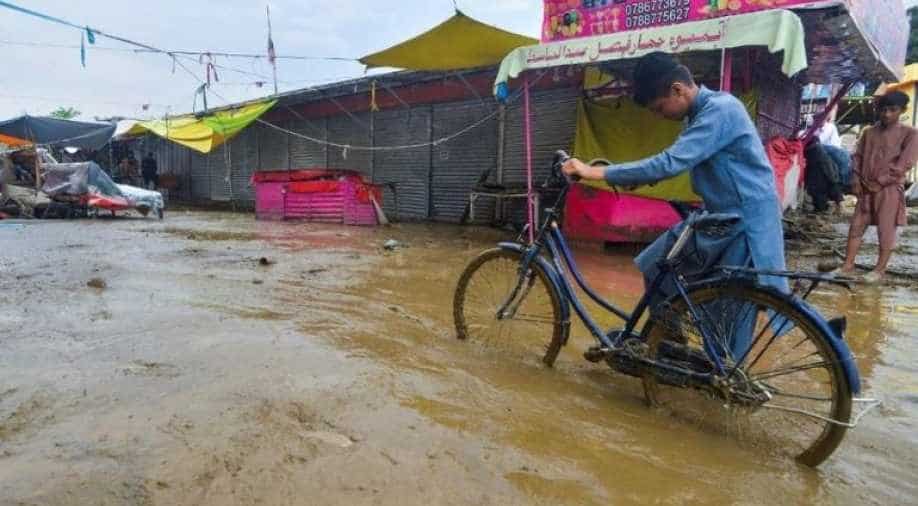 As per officials, most victims of the Afghan floods are women and children.

Flash floods that broke out in several provinces of the country in the last 24 hours killed over 110 people and left 150 wounded.

The death toll of victims due to the flood in the Parwan province stands at 85 and 110 wounded, according to local officials, reported Tolo News on Thursday.

The rescue teams have not yet resumed work to recover bodies of flood victims in Charikar, said the relatives of victims.

"We are still waiting to recover our bodies, but the operation still not started. I have been waiting here since 5 am," said a relative of the victim.

As per officials, most victims of the Afghan floods are women and children. As per Parwan local officials, the flooding had occurred around Wednesday at around 3 am. In the Kohband district of north-eastern Kapisa province, at least 10 people were killed and 10 were wounded on Wednesday night said a spokesperson of the Kapisa police.

He further informed that floods in Hes-e-Awal-e-Kohistan, Hes-e-Dowom-e-Kohistan, Nijrab district, and the capital of Kapisa province Mahmud-i-Raqi destroyed acres of land and gardens.

At least three people were killed in the flash floods on Wednesday at the Panjshir province, said a spokesperson to the provincial governor. Floods in Jalrez, Chak, Daimirdad, and Sayedabad districts of central Maidan Wardak province have displaced close to 264 families, as per provincial officials.

Tolo News further reported that floods were reported in Nuristan in the east and Logar province, in Central Afghanistan, in the last 24 hours. However, no information is available pertaining to damage and casualty.