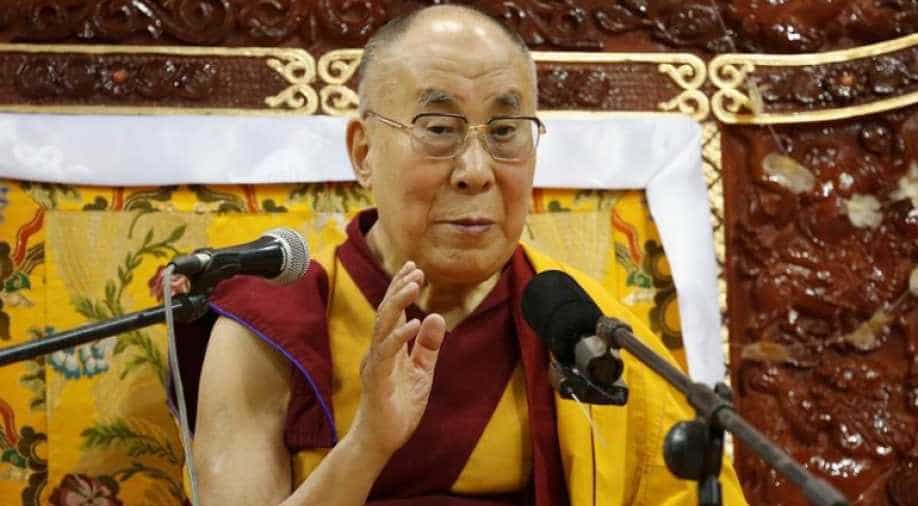 As Trump and China's XI Jinping come closer to rein in North Korea, chances of Trump inviting Dalai Lama to White House look bleak ||US recognises Tibet as part of People's Republic of China but that hasn't stopped former US presidents from meeting Dalai Lama

When Donald Trump was elected in November, the Dalai Lama said he was keen to meet the incoming US president, but since then Trump has cozied up to China's leader Xi Jinping, making it less likely the man Beijing deems a separatist will get an invite to the White House anytime soon.

The United States has long recognised Tibet as part of the People's Republic of China, and does not back Tibetan independence. But that has not deterred all the recent US presidents before Trump from meeting the exiled Tibetan spiritual leader.

The United States is widely seen as the last major Western power that has still held meetings with the Dalai Lama despite Beijing's objections that such encounters foment separatism.

In past meetings, the US had consistently voiced support for the protection of human rights of Tibetans in China, and called for formal talks between Beijing and the Dalai Lama and his representatives.

A State Department spokeswoman and a White House official referred Reuters to the Dalai Lama's office when asked whether the Tibetan spiritual leader and his representatives had asked for a meeting with Trump and whether any such meetings were planned.

The Chinese foreign ministry didn't immediately respond to a faxed request asking whether Beijing had asked Trump not to meet the Dalai Lama.

"His Holiness was supposed to go (to the US) in April, but it was postponed," Lobsang Sangay, head of the Tibetan government-in-exile, told Reuters.

That trip has been delayed until June due to a hectic schedule in the preceding months that had left the Dalai Lama physically exhausted, Sangay said, adding that Washington DC wouldn't be part of the June itinerary.

The office of the Dalai Lama hasn't reached out to Trump to arrange a meeting yet, he said.

The Dalai Lama is taking a more considered approach with regard to any meeting with Trump, said a source with knowledge of the thinking of the winner of the 1989 Nobel Peace Prize.

The unpredictable US president upset protocol in December when weeks before being sworn into office he took a telephone call from the leader of self-ruled Taiwan, which China regards as a renegade province, only to last week rebuff Taiwanese suggestions of another call.

In the interim, Trump has met and phoned Xi, and says he has built a strong relationship with the Chinese leader.

He called Xi "a friend of mine" who was "doing an amazing job as a leader" in an interview with Reuters last week, and praised him for trying to rein in nuclear-armed North Korea. In return, the Chinese president has invited Trump to visit China this year.

In mid-2008, then British Prime Minister Gordon Brown met the Dalai Lama, to the anger of Beijing. Months later, the British Foreign Secretary at that time David Miliband ditched Britain's near century-long position on Tibet, describing it as an "anachronism", and explicitly recognised Tibet as part of China.

Based on treaties signed at the turn of the 20th century by British-administered India and Tibet, Britain had previously said it would recognise China's "special position" in Tibet on the condition that Tibet was given significant autonomy.

Chinese troops took control of Tibet in 1950 in what Beijing calls a "peaceful liberation". Nine years later, the Dalai Lama fled to India after an abortive uprising and set up a government in exile, which China does not recognise.

China sees the Dalai Lama as a dangerous separatist in a monk's robes, even though the Dalai Lama says he wants autonomy for his homeland, not outright independence.

There have been no formal talks between Beijing and the Dalai Lama's representatives since 2010.

International rights groups and exiles say China stamps on the religious and cultural rights of Tibetans, accusations denied by Beijing. China says its rule has ended serfdom and brought prosperity to a once-backward trans-Himalayan region.

Trump has been silent on Tibetan issues.

"The main change is that the US approach on Tibet seems likely to become more transactional and therefore less consistent," said Robbie Barnett, director of the Modern Tibetan Studies Program at Columbia University.

"It seems set to become more a question of contingency, dependent on how he calculates his relationship with China at any one moment."

Earlier this week, Democratic US Representative Jim McGovern of Massachusetts called for a new US policy towards Tibet to safeguard the identity of the Tibetan people and hold China accountable for human rights abuses.

The prime minister of the Tibetan government-in-exile said he is still hopeful that the United States will continue to support Tibetan issues and push for talks between the Dalai Lama's representatives and Beijing.

But he said they were prepared for any upsets.

"We are Buddhists, we believe in impermanence. You just go with your karma and whatever happens, happens, because we have seen the worst, the occupation of our country," said Sangay, who is planning a trip to Washington at the end of May.