Curfew remains in force, toll in Kashmir violence climbs to 34 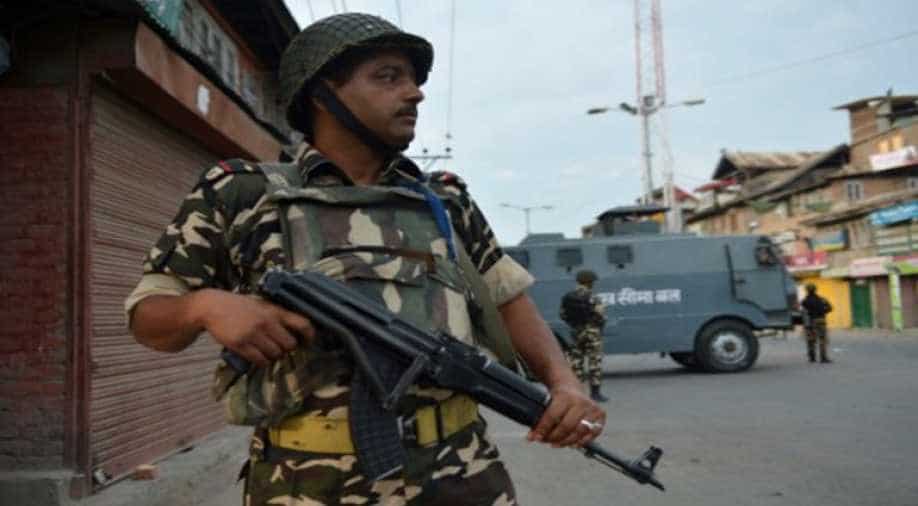 Shops and business establishments remained closed while public and private transport remained off roads due to the strike. Photograph:( AFP )

Follow Us
Curfew remained in force in some parts of Kashmir Valley, including Pampore and Kupwara towns, while restrictions on movement of people were imposed in the rest of the Valley today as the death toll in clashes between protestors and security forces climbed to 34.

"The death toll now is 34 including a policeman who was killed in mob violence.It also includes one civilian who succumbed to injuries at SKIMS Hospital this morning," a police official said.
Mushtaq Ahmad Dar was injured on Saturday at Khudwani in Kulgam district and succumbed this morning.

He said most of the deaths had occurred on Saturday when mobs attacked police and other security installations in south Kashmir but all the deaths could not be accounted for as the situation did not allow the law enforcing agencies to gather information.

Yesterday, Divisional Commissioner Kashmir Asgar Samoon had said the civilian death toll in the clashes was 22.

According to the latest figures available, most deaths have taken place in Anantnag district (16) followed by Kulgam (eight), Shopian (five), Pulwama (three), Srinagar and Kupwara (one each).

Curfew continued in some parts of the Valley including Pampore town, Kupwara town and Anantnag while restrictions on movement of people were imposed in rest of the Valley, the official said.

Normal life remained affected for the fifth consecutive day today due to a strike called by separatist groups to protest the civilian killings in the clashes with security forces.

Shops and business establishments remained closed while public and private transport remained off roads due to the strike.

Mobile Internet and train services are still suspended while mobile telephony has been snapped in Kupwara area following the death of a youth during protests yesterday.