Congress, others expected to back Gopalkrishna Gandhi as president 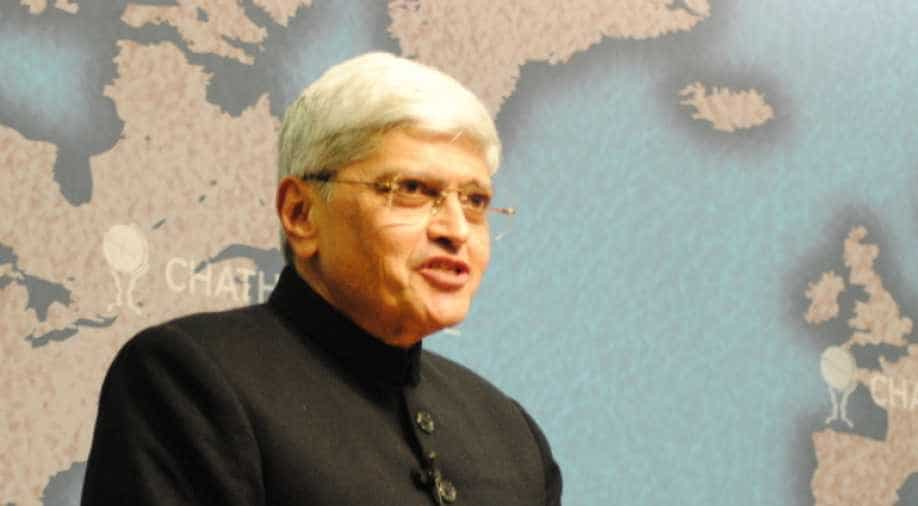 Sources also said that even Mamata Banerjee is amenable to the idea of having Gopalkrishna Gandhi as the presidential candidate of a united opposition. (Image source: Wikipedia) Photograph:( Others )

In a first, the Congress party has decided that it will not push for a Congress candidate for the presidential elections.

The name of Gopalkrishna Gandhi, the grandson of Mahatma Gandhi, who has served as the governor of West Bengal in the past, is doing the rounds as a consensus candidate for the opposition.

Congress president, Sonia Gandhi, is pushing for opposition unity and it is for this reason that she is amenable to the idea of Gopalkrishna Gandhi being put up as the presidential candidate of a united opposition.

Even some of the non-Congress opposition parties are sceptical to back a Congress candidate for the presidential election.

Sources in the Congress confirmed that the reason why Sonia Gandhi is open to a non-Congress candidate is because she doesn’t want to give a walkover to BJP which has the numbers this time around for the President’s election.

Though Meira Kumar’s name also came up for discussion but there weren’t many takers for the name. Many in the opposition are of the view that since BJP is going to propose an insider’s name for the President, Mahatma’s grandson may work as a glue for the entire opposition.

Sources also said that even Mamata Banerjee is amenable to the idea of having Gopalkrishna Gandhi as the presidential candidate of a united opposition. Though a formal meeting between Mamata Banerjee and Sonia Gandhi is scheduled for the third week of May, Sonia Gandhi has already met Omar Abdullah, Sitaram Yechury and Bihar’s chief minister Nitish Kumar in this regard.

The idea is that unity during presidential polls should be a precursor for a grand alliance against BJP in 2019 Lok Sabha elections. Congress is hopeful that many regional satraps who feel threatened by BJP’s aggressive expansion may come around for a common front.

But the irony of the matter is that the idea of a combined front against BJP is an admission to the fact that Congress has reduced in stature and BJP has emerged as the new Congress.