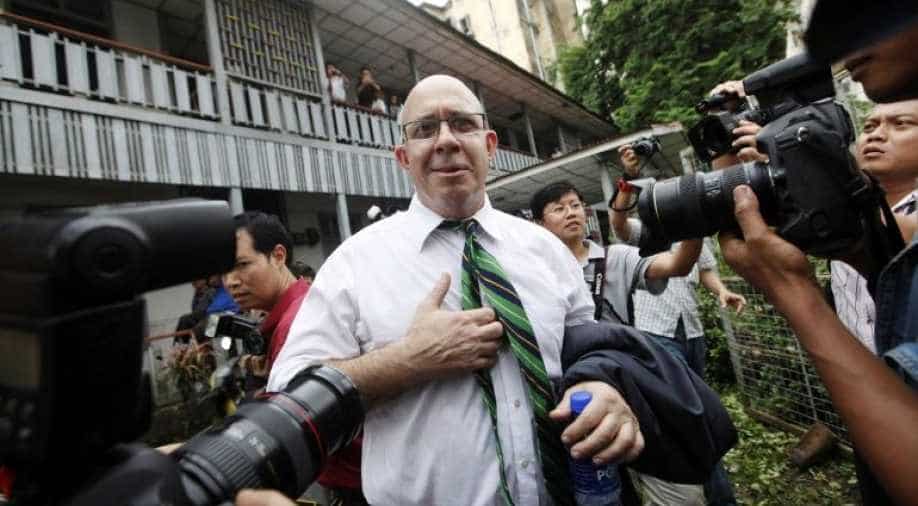 Ross Dunkley, the co-founder of Myanmar Times sentenced to 13 years of jail on drug charges.

A Myanmar court on Wednesday jailed an Australian publisher for 13 years on drugs charges, a year after police uncovered a stash of methamphetamines and opium at his home, his lawyer said.

Ross Dunkley, 62, was arrested along with business partner John Mackenzie and several Myanmar women in June 2018 bust in the commercial capital of Yangon.

Lawyer Khun Ring Pan said Dunkley and Mackenzie were sentenced to 13 years on the charges, with five Myanmar nationals jailed for 11 years each.

"We will discuss with the client and decide what to do next," he said.

Dunkley, the co-founder of the English-language Myanmar Times newspaper, which he ran more than a decade, also published the Phnom Penh Post in Cambodia.

In 2011 he spent time in prison in Myanmar for assaulting a woman and visa offences but was released on time served.

Myanmar is one of the world's largest producers of illicit drugs, such as opium, heroin and methamphetamines, which are often smuggled into China.